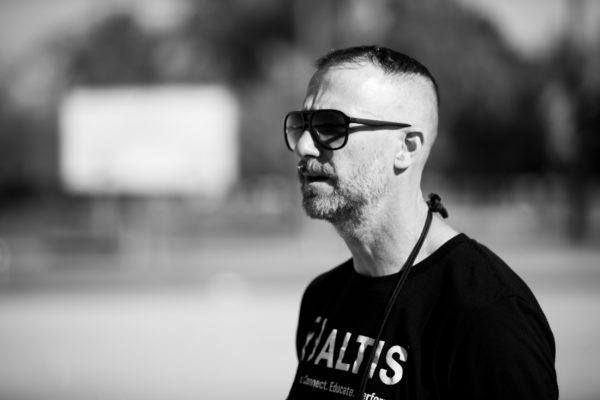 “Some books are to be tasted, others to be swallowed, and some few to be chewed and digested.”

I’ve got a confession to make.

And I probably should not have.

If you have read a few of my ‘best-of’ lists, you may remember that I read multiple books at a time, and I go through a sequential reading process with each of them, based somewhat on Mortimer Adler’s ‘Levels of Reading’.  By the time I wrote my 2019 Best-of list, I had finished an ‘inspectional’ read of JB’s book, and had gone a little deeper into a few of the chapters, but had not yet carved out the time to read it cover to cover, as there were still a few books ahead in the queue.

This was my first mistake.

I have known JB for 20 years, and when an old friend writes a book, you really should drop all other books and read it … right?!

I had even received an early digital copy while JB was still in the editing stage.  He had asked a few of his trusted friends for feedback, and I was honored to be one of them.

At the time though, I was deep into helping write the Performance Therapy Course, and really couldn’t give JB’s book the time it deserved – so after trying to juggle too many things at once, I gave up after the first couple of chapters (which were outstanding, by the way).

So it was with this information that I included the book in my best-of 2019 list: an inspectional read, a deeper read of a few random sections, a read of the first 2 chapters months earlier, and a deep appreciation for pretty much everything that JB had written or spoken of for the two decades since we met.  I enjoyed everything I read in Change Maker, and I knew that once I got into reading it ‘for real’ that I would dig it, and since it was just released, and since JB is a great friend, and because the book could no doubt help many young coaches, I added it to my list.

Here is my second confession:

As of a week ago, I still hadn’t read the book!

I felt like the book ‘just wasn’t written for me’.  It is geared towards ‘health and fitness professionals’, and here I am, a professional sprint coach, and owner-CEO of a fairly large coaching-education organization.  I’m kinda already past what advice JB could give me, right?  Plus – I have known JB for two decades, and we had ‘talked business’ countless times over that time.

So what’s really in it for me, I thought?

A couple of things happened over the course of the next few days that perked my interest a little, and slapped some sense into me: first, I went out for dinner with JB, his daughter Amalynn, and his (and now mine) two great friends Molly Galbraith and Casey Sasek.  Molly owns the amazing company Girls Gone Strong, and Casey is their business manger.  Anyways, we got to talking over dinner, and Casey just couldn’t shut up about Change Maker.  He said he had read it half a dozen times (even though it had only been about a few months at that point, and like me, he had been friends with JB for years, and must have known all that was inside already anyway).  During dinner conversation, we kinda joked that I was JB’s only friend to not finish the book yet.

The second slap occurred a few days later.  After embarrassingly introducing JB with the fact that I had yet to read his book, JB kindly spoke to a group of female coaches at our Women’s Only ACP.  His off-the-cuff topic was ‘business’.  I sat in on the last 20 minutes (I had a few athletes to work with, so couldn’t watch the whole thing), and thought “huh – you know what Stu – you’re an idiot!  JB’s book is for me.  It was written for people exactly like me!”

Let me provide some context:

You see – for 20 years, JB and I were ‘doing’ different things

While back in 2000, we both worked in ‘elite sport’, he segued on to founding Precision Nutrition, and – even though he still dipped his toes into the elite sport water from time to time – his steady gig was with a population I wasn’t really that interested in.

I looked on from afar at what he was building with PN with admiration and respect – but zero envy, as it simply wasn’t anything I wanted to do.  And I have kind of looked at JB and PN through this lens even since.  Even though he is one of my smartest friends, and I learn from every conversation we have, our worlds just don’t collide.

He works in the ‘health and fitness industry’.

I work in elite sport.

While JB’s book is called Change Maker, and subtitled ‘turn your passion for health and fitness into a powerful purpose and a wildly successful career’, it is actually about so much more than that.

I finally gave it a good read, hoping to gain some good sales and marketing insight.

And I got that – in spades.  It is the best sales and marketing book I have read (and I have read a lot of them!).

I honestly thought my learning would end there, and almost skipped the coaching and education sections.  But I will be honest – these two were the highlights for me.  In fact, I would say that the coaching chapter is the single best piece on coaching I have ever read.  It is that good.

Whether you work in gen pop, high school track, or you’re a professional S&C Coach, you need to read this book.

Honestly.  It is amazing.

So to JB – here is my public apology:

Your book is awesome, and I’m sorry for not reading it.

But I’m also not sorry.

I love good books so much – as they are the most-personal of mediums.  What we take from them has much more to do with where we are at the time of reading, than where the writer was at the time of writing.

But sometimes, these two things coalesce, and the experience is transformative.

This one was for me.