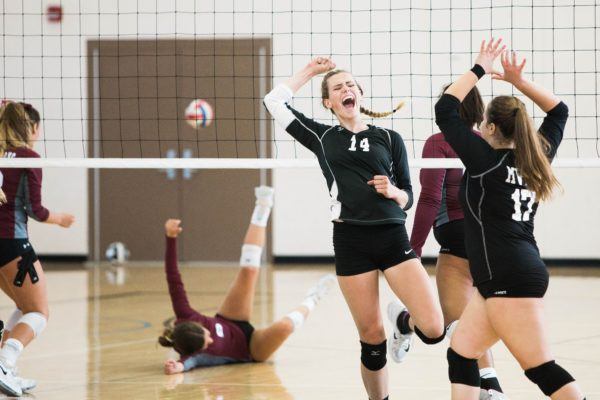 How can we employ a Performance Therapy Methodology (systems thinking) in a team sport environment?

I have been thinking about this for a few years now and our team here at ALTIS recently sat down to discuss it at some length.

While I think I’m pretty confident in how this could be done effectively, we first need to understand the difference between what is ‘optimal’ and what is ‘practically applicable’.

To do this we have to take a few steps back, and first answer questions related to change psychology, cultural dynamics, management strategies, etc.

To help highlight these broader questions, I’ll share an example of where I screwed it up.

Back in 2004-05, I had a leadership role at Bobsleigh Canada Skeleton (BCS) – the National Governing Body for the Canadian National bobsleigh and skeleton teams. Along with my colleague Nick Ward (then the BCS Performance Director – now the ALTIS Programs Director), I helped to implement a number of system-wide changes, in an effort to help bring the Federation to where we thought was a more appropriate performance mindset. In our opinions, there was significant change required, and little time to implement it. Both the magnitude and the rate of change was high – and when this is the case, as we were to find out – we need to ensure that the strategies that are put in place respect the current culture.

Instead, we made sweeping changes, immediately implementing new methods, firing and hiring staff, and imposing a system into a culture we knew relatively little about.

You can probably imagine how this went.

After a successful competitive season, it became clear that the changes that were implemented – or at least how quickly these changes were enacted – were unsustainable, and both myself and Nick lost our jobs.

Upon many years of reflection (yes – it took that long!), it became more and more clear that this top-down, prescriptive strategy – while potentially fast and focused – was far too volatile. Our seeming rationality simply did not mesh with the emotions of those who were imbedded within the system. Everyone knew that change was required – but no one was comfortable with the rate of the change we had implemented. Nor were they comfortable with the imposed top-down, autocratic manner in which we attempted to employ these changes.

So perhaps the first step in understanding how to bring a Performance Therapy Methodology into a team sport culture is to ensure that we respect the uniqueness of this culture – understand the distinct requirements of the sport, the organization, the team, and the coaches and athletes within it.

Once we have a better understanding of the culture, we can move on towards – as we have previously written, and as identified within the Performance Therapy Course – the accurate identification of the primary problem at hand.

A lot of my reading over the last decade or so has been around an ecological approach to cognition, and I tend to bias towards these concepts in more general terms as well – I have found them especially valuable when thinking about how to manage our own staff here at ALTIS.

At its essence, an ecological approach simply states that perception cannot be detached from action – that they are linked, or – in movement science terminology – ‘coupled’. Psychologist JJ Gibson told us we must perceive in order to move, but we must also move in order to perceive – or, it could be said, we perceive to act, and act to perceive. This bottom-up process uses perception to drive action. In business terms, the interactions that we are involved in on a daily basis (our perception) drives what we do (our action).

Conversely, a top-down approach refers to perception that is driven by cognition. Perception is indirect – as what we see is not a direct reflection of what is out there in the world, but is instead a construction created through our brain’s deductive powers. This is how Nick Ward and I approached the problem at BCS – we imposed a top-down solution to a problem without properly respecting the coupling of perception and action at the ‘ground-level’.

In top-down approaches, prior knowledge and/or expectations are used to guide processing. Bottom-up approaches piece together data until a bigger picture arrives.

While this dichotomy was a debate for a while in the 70s, most experts now understand perception as involving both top-down and bottom-up processes, and I think we can apply this in any environment where we are trying to affect change – respecting that neither approach is an answer in and of itself, but both are required.

A top-down approach is fast, but volatile. If we are feeling the pressure of time constraints, we can bias towards this – as was the case with Nick and I at BCS. A bottom-up approach is slow, but more sustainable. It respects that challenges will emerge; but so will new ideas, and new solutions.

A top-down approach does not allow for this; it is management-driven – while a bottom-up approach empowers the workers. Jocko Willink describes examples of this in his book, The Dichotomy of Leadership. He describes the importance of decentralized command in the military – and I think these lessons are valid in business as well.

An effective strategy in my mind combines the top-down effective communication of the values of the company – i.e. the philosophy – and then empowers employees to act based upon what they perceive – as long as it fits within the organizational values. Jocko describes this as ‘Own It All, but Empower Others’ (chapter 2 of his book).

Then – once we begin:

Even when there is a firm timeline – i.e. ‘urgency’ – it does not mean we cannot (and should not) take a long-term view. We cannot change a culture with short-term thinking, and if the powers that be do not appreciate that, then we are doomed from the outset. A 10 year mindset reduces the emotion often associated with change. Of course the objective is to make a significant shift well before 10 years, but having a longer term mindset offsets the stresses that often come with the alternative – which is, “we need to change now, and the only way to be successful is to remove the difficult staff” – which is what Nick and I did at BCS.

2. Identify and communicate the desired values – especially to senior staff – and let these values inform practice.

It is important to ensure that the senior staff are all on board with the desired shift. Everyone is watching the senior staff for inconsistencies relative to said cultural shift. Words and practices need to be aligned. This is important, one divergence can undermine the entire process.

From a process standpoint, identify a couple of like-minded collaborators on the staff that are able to live and demonstrate the desired practice.

For example, in the UK, ALTIS President Kevin Tyler and his former team at UK Athletics deployed these staff to lead a large scale Apprentice Coach Program. Through this they fortified the new beliefs in practice and trained a new generation of coaches. This can also be achieved by creating a specialized unit or specialized practice that acts as an exemplar.

New hires should be interviewed for the desired qualities/values, and if the shift is large, it is advantageous to hire younger staff – as they are typically keen to continue developing, and are open to new ideas. Moreover, with a 10 year mindset, many of the difficult employees will naturally transition during this period through life circumstances, retirement, etc. Unfortunately, obvious resistors / troublemakers will have to be removed, but this is made easier once the new value system is in place, because it will become obvious that they don’t fit within the new model. Jocko discusses this in chapter 4 of his book – When to Mentor, When to Fire – and this for sure, is challenging. In our experience, if there is a question, it is best to cut ties sooner rather than later.

Continued Professional Development for staff should be shaped by the new cultural philosophies and practices. I personally don’t feel like we respect the value of good CPD enough. If employees feel like they are being challenged, are learning things they are interested in, and are being invested in by the organization they work for, it seems to me that there will be a ton of reciprocity.

The culture at Zappos, for example, is well documented.

At Zappos, culture drives everything. They emphasize cultural fit over technical expertise. They believe the technical skills can be developed, but culture awareness is more difficult and is developed over a long period of time. Zappos started as an online shoe retailer that wanted to be a service industry leader. The majority of interactions with customers are through the customer service center (ie call center). They spend a lot of time developing and refining the company culture through this department.

Every new employee, even senior management, has to work in the Call Center for 2 weeks as part of their 4 week orientation process — the idea being that poor cultural fits are discovered through this process.

In fact, they believe so strongly in the value of cultural fit, that they offer new employees (post-training – i.e. after their 1st month of employment) $2,000 to quit (by the way – Amazon does something similar – offering 2k at the end of the first year, and adding 1k per year up until a max of 5k).

The philosophy here is clear: they feel it is cheaper to provide poorly-fitting workers with a relatively small amount of money early in the process, than to lose millions at a later date.

And by the way – Zappos developed their values and shaped their culture by asking their staff what they saw as ‘special’ in Zappos. So even this process does not have to be top down.

If the cultural practice is a priority and it is valued, then it should lead above everything else. Organizations that genuinely pursue this everyday will see significant progress when they reflect back at the 1yr, 3yr and 5yr anniversaries.

But if we enter into these periods without a clear understanding of where the goalposts are, it can become very difficult to recognize if and when they are moved – and in fact, often we can become the ones who move them!

PS – Our Performance & Innovation Manager, Jason Hettler, wrote an article for our friends at SimpliFaster, on some key character traits common to elite performance cultures. Check it out.