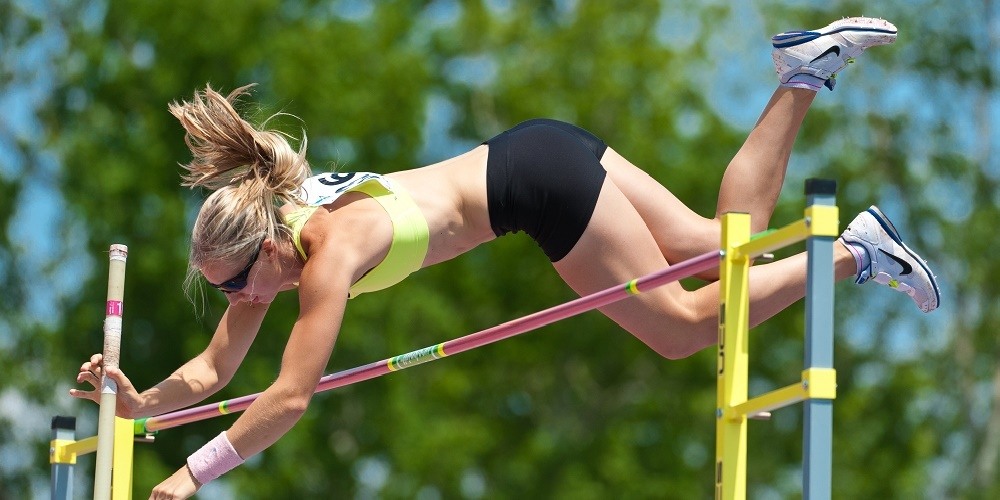 Canadian Pole Vaulter Heather Hamilton has enjoyed many successes in her career so far. Most notably, in 2013, the 26 year old won the Canadian National Championships, the Canadian Track League, and claimed a bronze medal at the Francophone Games. In addition to her success in Track and Field Heather also has a business degree from the Schulich School of Business at York University, and currently works part-time at RBC in their Athlete Program. In this insightful piece, Heather offers an honest perspective into her last two years in the sport, what her time at Altis has taught her, and how this has changed her as a person.

“When the student is ready, the teacher will appear”

Two years ago I quit pole vaulting. I cancelled my trip to the Canadian Olympic Trials and took an indefinite break from the sport that I once loved. What was once a passionate and inspiring part of my life became a pressure-filled obligation, revealing my deepest fear of failure.

Knowing I needed a change, I worked full-time for three months to develop my career in marketing. This allowed me to channel my energy into something new and I regained some balance and happiness in my life. I wasn’t sure if I was making a permanent transition, however after a few months I felt it – that burning desire to attend to some unfinished business.

“A great coach has the ability to bring out an athlete’s potential, as long as the athlete is open-minded and willing to trust the process”

I decided to continue to pole vault and pursue the lifelong goals I set for myself in sport. I needed a change though. I needed to set aside what I thought I knew, and place my trust into a coach that could help me reach my potential. That’s where Dan Pfaff came in. I knew some of his former and current athletes, and heard great things about his program and focus on injury prevention. I was chronically injured and mentally very fragile, so I reached out to him for help, honestly not knowing what to expect. What I discovered was the most humble, caring and ingenious man, who was willing to help me. I trained under his program from a distance, and came to my first training camp in Phoenix in the fall of 2012.

I was a complete disaster, but in three weeks he taught me more than I had learned in the past three years. I trusted him right away, and absorbed everything he told me like a sponge. His demeanor at the track commanded respect and inspired performance. He did not overwhelm me with too many technical changes to focus on, but rather set the pace for consistent improvement in mental and physical training. I went back to Toronto, with a positive attitude and sense of purpose. I loved what I was doing and trusted the path I was on. That indoor season, I jumped a new personal best, breaking a three-year plateau. I returned to Phoenix in the spring and continued training under his guidance at the newly formed World Athletic Center. I set multiple new personal bests outdoors, and was given the tools to compete consistently from April – September, winning my first Canadian National Championship title along the way.

“The coaching staff, therapists, and athletes all contribute to this amazing atmosphere and comradery that I have never experienced anywhere else”

I credit my resilience to Dan’s mentorship both on and off the track. I think it’s pretty rare to come across somebody that can truly change your outlook on life and sport, so I consider myself extremely lucky to be one of the athletes he has influenced in his impressive coaching career. A great coach has the ability to bring out an athlete’s potential, as long as the athlete is open-minded and willing to trust the process. This combination came together for me at the right time, and I learned so much about pole vault and myself along the way.

My time at Altis has taught me so much, but most importantly:

1. See the big picture – it’s not one day, but consistency over time that produces results.

2. Enjoy the process – finding enjoyment in the mundane is where true happiness exists.

3. Develop friendships/relationships – even though athletics is an individual sport, it’s the people you surround yourself with that make it so rewarding.

This is my fourth trip to Altis, and it has expanded and changed so much in that time. The coaching staff, therapists, and athletes all contribute to this amazing atmosphere and comradery that I have never experienced anywhere else. Under Dan’s guidance, I will continue to learn and grow not just as a pole vaulter, but also as a person – and for that I am thankful.