Weekend round up from Sochi 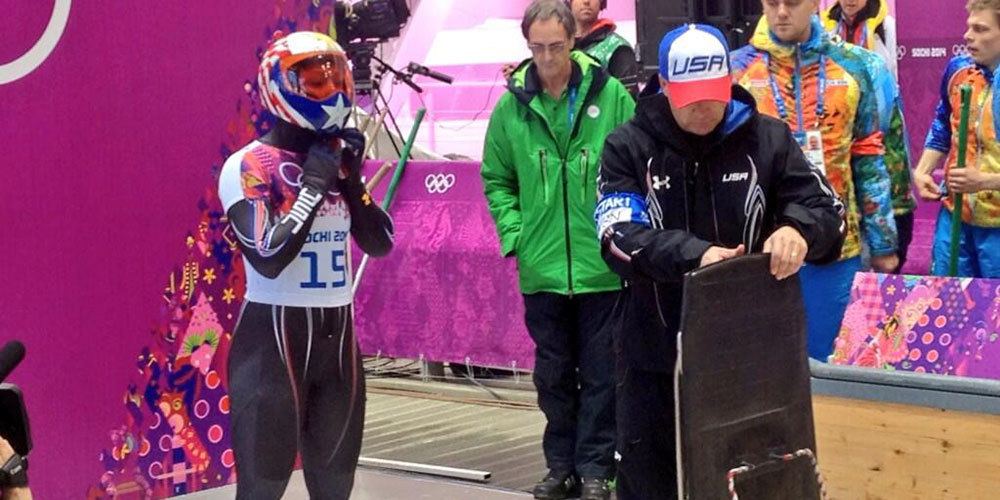 Noelle Pikus-Pace wrapped her career in a silver lining after finishing second in the women’s skeleton Olympic competition for the USA at the Sanki Sliding Center. Fellow American & Altis athlete Katie Uhlaender was a mere 0.04 seconds from the medals in fourth.

“It is so surreal,” Pikus-Pace said. “This is everything I could have imagined and more, just to have my family here with me and all of the love and support and cheers we’ve had, and all of the trials we’ve had to overcome to come to this moment. This is as good as gold.”

She realized her dream tonight after sliding across the finish line with a four-run combined time of 3:53.86. She was second after the first day of competition, and she held onto her position after the final two runs tonight, 58.25 and 58.28 seconds, to secure the Olympic silver medal.

USA Start Coach Stuart McMillan, who is also Performance Director & Sprint Coach at Altis said: “Noelle and British slider Lizzy Yarnold have traded wins all season – it was always going to come down to them. Noelle – after experiencing severe headaches all week that limited her training (she took just 2 of the 6 training runs) – did fantastically well to cap her career with a silver medal.”

Katie Uhlaender was a mere 0.04 seconds from the medals after finishing fourth to Nikitina of Russia. Uhlaender was in fourth heading into the finals, and dropped into fifth after the third run. She threw down the run of her life in the final heat, and gained a position back. Nikitina crossed the finish line in medal position, barely edging Uhlaender out.

“I am blown away, it makes me so sad that I couldn’t bring home a medal for my country,” Uhlaender said. “I appreciate the support, I felt the support of everyone at home, and I’m so heartbroken that I lost by four-hundredths for them.”

It’s been a long road back for Uhlaender, who seemed on top of her game last season but found herself battling back again after suffering a concussion this fall. Known for her resilience after bouncing back from numerous surgeries and injuries over the years, including a shattered kneecap, it was no surprise that she was in the medal hunt.

“I can’t help but wonder what if I hadn’t had that concussion, what if I had slid more, what if my start number was better,” Uhlaender said. “I slid my heart out. There wasn’t anything else I could have done. I am heartbroken.”

“Altis athlete Katie has had a tough season.” McMillan said: “After a hard crash in November in Lake Placid, we had to severely alter both her physical training program and her sliding. It was not until the middle of January when we were able to begin full-on training again. She did amazingly well to even be in contention here in Sochi. For her to come only 4/100ths from winning a medal shows the kind of grit and determination that has always been her trademark. A gut-wrenching ending to a challenging quadrennial for Katie – who will now focus on qualifying for the Rio Olympics in weightlifting.”

Meanwhile, in the men’s skeleton USA’s Matt Antoine laid down two flawless runs to secure the men’s skeleton Olympic bronze medal. Antoine was in fourth after yesterday’s first two heats, and advanced 0.32 seconds ahead of Tomass Dukurs in the final run to claim a podium position.

“It’s unbelievable,” Antoine said. “It’s going to take some time to process it for sure, but it’s the greatest moment of my life without a doubt. I’ve been preparing for this moment, but it’s still just unreal right now.”

Antoine and teammate John Daly were third and fourth, respectively after the third heat, separated by just 0.04 seconds – making the race for bronze between the two best friends. The bronze medal would be decided in the fourth and final heat.

Daly was the first of the two to take his run. He burst off the starting block, but just before loading onto his sled, the sled popped out of the start groove. Daly scrambled to load, but the sled skid, bumped a wall and his chances of securing a spot on the medal stand fell away. He dropped into 15th with a four-run combined time of 3:49.11.

“I went for it, and I don’t regret going for it,” Daly said. “I do wish I had one more chance. The sole blame was on myself, there’s no one else to blame here but me. I know I left it all there, but I really do wish for the first time in my career that I had a second chance, and I didn’t have to wait four more years.”

“John was sitting just a few hundredths off of Matt’s podium place going into his final run. Knowing that Matt would not be handing him a medal, john took a brave decision to really go for it at the start.” McMillan said. “Unfortunately, with big risk, comes the potential for big penalty, and john’s sled came out of the groove – instantly costing him any chance at even a top 6. It was a great Olympic Games for John – he showed he has the heart of a Champion, and I look forward to seeing him go from strength to strength over the next four years.”

Antoine heard the groans as he was walking to the start line and he said he knew something bad had happened. Coach Tuffy Latour reassured Antoine before he prepared for his final run in his Olympic debut, and Antoine took a deep breath before laying down a medal-winning run. He pumped his fists in the air as he crossed the finish line in 3:47.26 to secure bronze, and sought out his family and friends in the stands to celebrate.

“Matt is truly a class-act. He’s had an extremely consistent season, and was a legitimate medal threat here in Sochi” said McMillan: “To see him handle his nerves – this being his first Olympic Games – and come away with a bronze medal was very inspiring. He out together 4 very solid runs, and caps off a great season with a deserving bronze medal.

“My heart really goes out to John for the way that ended for him,” Antoine said. “We’ve pushed each other to be where we are for our entire career, and I don’t think either one of us would be where we are today, contending for a medal, if we hadn’t been supporting one another along the way.”

Alexander Tretiakov and Martins Dukurs convincingly claimed gold and silver, respectively, with a dominant lead over the rest of the field. Tretiakov maintained his overnight lead to win Olympic gold in front of a hometown crowd with a combined time of 3:44.29. Latvian Dukurs, the World Cup points winner, finished 0.81 seconds behind Tretiakov for silver, but he was a distant 2.16 seconds ahead of Antoine.