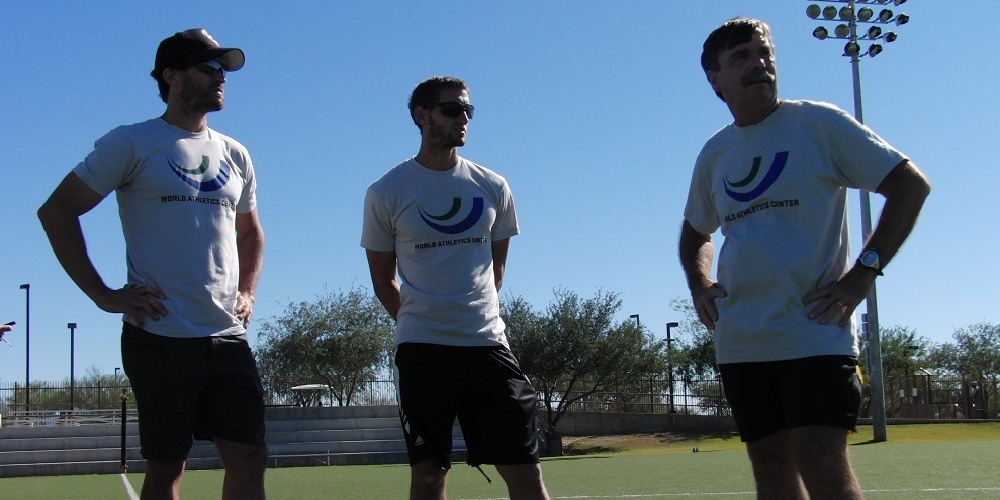 Coach Mike Boykin is mid-way through a year-long, full-time Internship with Altis. A recent graduate from the University of Wisconsin-Madison, Mike formerly served as a volunteer assistant coach with the women’s sprints, hurdles, and multi-events under the tutelage of Nate Davis and Ed Nuttycombe.

Prior to joining Altis, Mike interned with various teams at UW-Madison, Quinnipiac University, and Northeastern University. He has also interned at Cressey Performance, a private training facility outside of Boston, Massachusetts. Mike is a certified Strength and Conditioning Specialist through the NSCA.

Reflecting on Mike’s impact so far, Performance Director Stuart McMillan explained the value his presence has added: “In a very short time, Mike has proven to be a very valuable member of Altis Coaching Team – he embodies the Altis philosophy fully – as he has a wide range of knowledge and experiences in a multitude of disciplines. He brings a great professionalism and enthusiasm to his coaching, and we look forward to working with him for many years to come!”

So, over to Mike – as he tells us about his experiences so far:

“Having been immersed in Altis’ environment for the past five months has made me, as Dan Pfaff would say, “calloused” to the excellence here.

For this reason, I want to portray the feelings and experiences of those who are able to have a more objective viewpoint of the situation. During the last poolside chat at our most recent Apprentice Coach Program (ACP) I asked the visiting coaches the same question Dan had asked me three weeks into my internship:

“What’s shocked you the most since you’ve been here?”

I chose to ask the question as it elicited an honest answer from myself, and I hoped it would do the same for the visiting coaches.

Their answers, albeit not surprising, were refreshing to hear coming from an ‘outsider’s’ perspective; as they reinforced the culture we are trying to build here.

Many remarked how surprised they were that there are no secrets, no closed doors, and no egos. They were excited to be able to view our system in its entirety. The staff here recognize the importance of information sharing for the development of the sport; and thus programming, therapy, and organizational questions are answered freely.

On top of this, the ACP coaches enjoyed how the athletes are open and willing to discuss their viewpoints and opinions. It surprised many the degree to which we strive to include the athletes in these week-long courses – as without the athletes, there would be no purpose to the Center.

By the time a visiting coach leaves, they have an insider’s view of Altis’ philosophy and methodology.

Another ACP coach described Altis as a “living breathing organism.” Each individual in the system has a role that intersects and overlaps with others involved. This creates a situation where the work he or she does is incredibly important and vital, but is also integrated into the bigger picture. The process of development for both the athletes and organization as a whole is truly organic.

After the coaches had given their responses and allowed us time to reflect, Andreas turned the question on me. What was my answer to Dan after three weeks?

I was still (and continue to be) awestruck from the experience, but I questioned Dan on a weight room concept I had observed. Even more important than his patient response was the detailed and thorough reasoning behind why he was doing what he was doing. He had numerous layers and analysis for one particular theme. Often times, having a clear reason, or in Dan’s case numerous reasons, is the most important part.

My other answer to Dan’s question revolved around dynamical systems theory, although I didn’t have a name for it at the time. I remarked at how surprised I was at how little direct verbal coaching, and how much observing, he did in the initial stages of working with an athlete. He wanted to watch and file away multiple menu items that covered a wide breadth of movements, velocities, recruitment patterns, and levels of motor coordination as well as receive therapy input before he tried to cue, or in some way alter, the dynamic and complex system that is the human organism.

This concept of allowing the athlete to express motor learning through a rich environment is something all of the coaches here preach. The coach is an important piece that can guide the process of development, but ultimately, the athlete must be the one steering.

“The coach is an important piece that can guide the process of development, but ultimately, the athlete must be the one steering.”

One of the challenges as a coach is applying the hard sciences to the art of coaching. During my time as an undergraduate intern in my University’s biomechanics lab, the professor and graduate students there were studying the motor control of walking and quiet standing, with a keen interest on how the system could respond to external perturbations so easily. The key here was in the system’s flexibility of response to an input. At the time, I had thought the research was fascinating, but struggled on how to apply it to my coaching career.

Conceptually, some of the pieces began to fall into place during, and in the conversations after, guest lecturer Matt Jordan’s talk on the application of dynamical systems theory to strength and conditioning. Matt explained that we often view variability in the weight room as a negative. We see discoordination, balance issues, pelvic drop, ankle instability, suboptimal biomechanics; and we instantly try to correct by cueing and micro managing joint angles or body positions. We decrease variability and paint the athlete into one movement signature. Instead, giving the athlete an incubation period to learn, make mistakes, self-correct and develop much more organically is vital for them in order to solve problems and progress. The proverbial light bulb nearly shattered as it turned on above my head.

Since then, I have made a point to adjust my coaching style to accommodate more appropriately for the dynamic systems I have the privilege of working with — the athletes.

From the outset, the goal was to have Altis’ be a place of excellence and professional development for track and field athletes. Knowing the people here, that was a given. What has been an invaluable adjunct to that is the growing network of multifaceted individuals collaborating and working towards best practice.