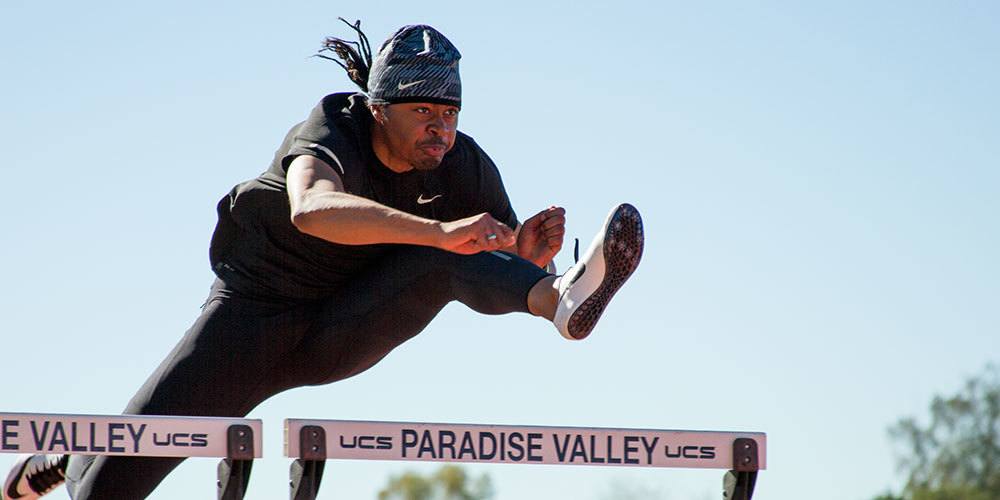 What better way to start Series 16, our new athlete-based feature, than an exclusive with World Record Holder and reigning Olympic Champion Aries Merritt.

Aries has been an integral part of the success at ALTIS, his medal at the World Championships in Beijing last summer an unbelievable accomplishment given that he revealed he had been struggling with the biggest hurdle of his career, a kidney disorder, for the previous two years.

“It feels really good to be back training, it’s been one hellacious 2015,” reflected the 110m hurdle superstar. “After the surgery I’m feeling very good about coming into this new year, I’m feeling really confident moving into 2016.”

Putting the health issues behind him, Aries can now turn his attention to the pressures of competition and a chance to defend the title he won in London four years ago. “I think any Olympic Champion who’s trying to defend their title will feel an element of added pressure.”

“I approach these major competitions just trying to get better and better with every round, execute my race to the best of my ability, and just focus on my lane – I can’t worry about what people to my left and right are doing.”

Such is the level in American track at the moment, Merritt feels that their could be more pressure at the US trials, but should he make the plane to Rio he has a proven formula for success which has catapulted him to be one of the greats. Aries has not ruled out a return to action in the indoor season which culminates in the Indoor World Championships in Portland.

“My training is going pretty well so you may see me run a few indoor meets late … and if I run quick enough you may see me at our National Championships, trying to make the World Indoor team!”

“You just never know, by the time I consider opening up it’ll be four or five weeks from now, in mid-to-late February.”

“It really all depends on where we are in training. In previous years I’ve been able to use the indoors for race rhythm and preparation going into the outdoor season, but it just depends where I am at.”

Aries’ Coach Andreas Behm has added the talents of Queen Harrison and Wayne Davis to the hurdles training group, and given the successes of Trinidad & Tobago hurdler Mikel Thomas last year, the additions can only serve to push the athletes to greater levels.

“It’s really good to have Mikel here, as it makes the atmosphere a lot more competitive than when I was training here by myself. We push each other. He is a phenomenal athlete, a really hard worker and always wanting to learn.”

“He’s always got some beats playing during training, Caribbean music. He’s a really funny guy, so I really like having him here.”

“I think it’s really good for the sport to have a base where everyone in the world can come and train together as one.”

“I think it’s really good for the sport to have a base where everyone in the world can come and train together as one. I feel like that’s a very important thing for the sport, and we’re revolutionizing how training is taking place.”