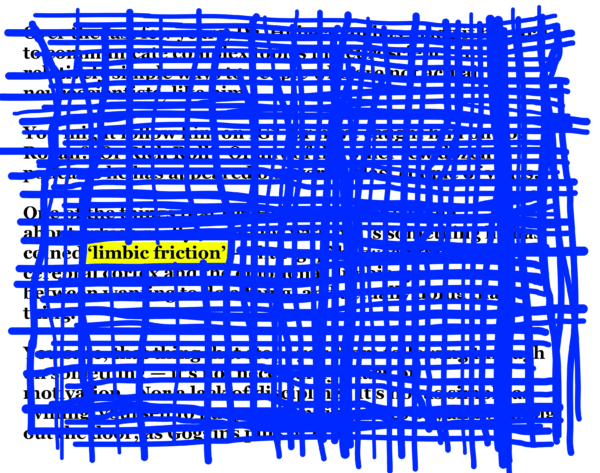 A few years back, I asked my buddy Brian MacKenzie if he could come out to Phoenix, and present at an ALTIS Apprentice Coach Program.  He said he’d love to – but could he bring a friend?  Seems he was working with this friend on some stuff around fear and breathing.

Turned out that that friend was Dr. Andrew Huberman, and the presentation that Brian and Dr. Huberman did together is still to this day one of my favorites of all-time.

Over the last few years, Dr. Huberman has made it his goal to communicate complex topics in neuroscience in relatively simple ways to people who are not actual neuroscientists, like him.

Or have caught him on Joe Rogan?  Or Rich Roll?  Or any of the other few dozen podcasts he has appeared on over the last couple of years.

One of the things that Dr. Huberman has spoken about  which really resonates with me is something he has coined ‘limbic friction’ — that ‘gap’ between the logical cerebral cortex and the emotional  limbic system – between wanting to do a thing, and actually doing that thing.

You see, that thing that stops you from following through on something — it’s not necessarily a lack of motivation.  Nor a lack of discipline.   It’s not as simple as ‘willing’ yourself to put your running shoes on, and walking out the door, as Goggins puts it, is it?

Limbic friction wants to pull you towards reflexive behavior.

Like I said in the last post – laziness is a slippery slope for me.  The less I do, the easier it is for me to do less.  There is truth to the old saying that if you want something done, you should ask a busy person to do it.

This ‘pulling’ plays out as a never-ending battle in your brain between – as British pyschologist, Dr. Steve Peters says – ‘your chimp’ and ‘your human’.

The ‘limbic’ chimp is emotional – it jumps to conclusions, and is often irrational; while your ‘cerebral’ human is logical and rational.

The chimp and the human are constantly battling for control of your decisions.

So how do we counter this on-going battle between emotion and logic – this friction?

How do we bring peace to this chaos?

Well – like most things – the more we engage in it, the better we become at that engagement!

(hmmm – maybe it is as easy as Goggins says it is!)