Gold and Silver in Sochi for Altis Athletes 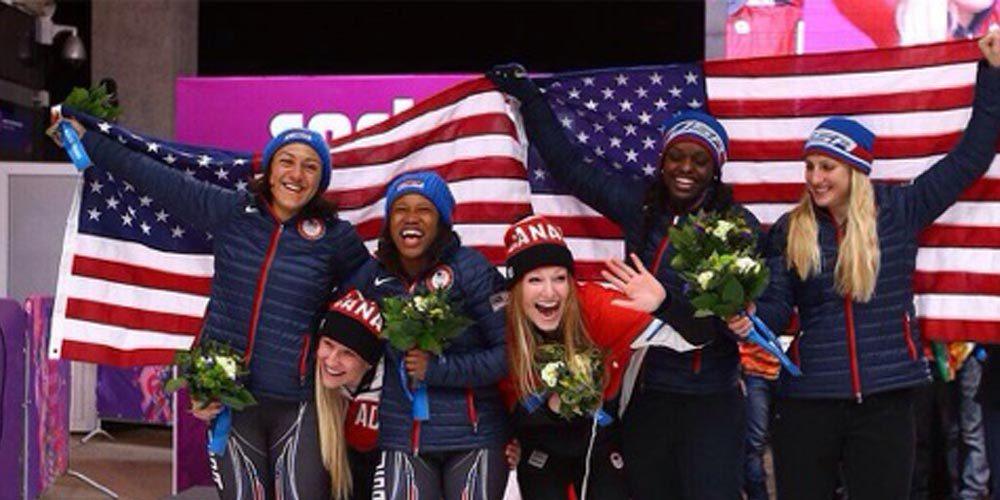 KRASNAYA POLYANA, Russia – Yesterday saw astounding success for Altis athletes in the women’s bobsled at the Winter Olympics in Sochi, with Gold and Silver being claimed by athletes who have trained at Altis in Phoenix, under the guidance of Performance Director & Sprints Coach – Stuart McMillan.

Canadian gold medal winners Kaille Humphries, and compatriot Heather Moyse, made history by becoming the first women bobsledders to repeat as Olympic Champions, as they rallyed in the final two heats to win by 0.10 seconds. Americans Elana Meyers and Lauryn Williams followed for silver in a time of 3:50.71. Jazmine Fenlator, who also trained at the Altis finished 11th with Lolo Jones as the Sanki Sliding Center.

“It has been a real pleasure to work with Kaillie, Elana and Lauryn this year, and I’m so glad that the Olympic season has ended the way that it did.” – Stuart McMillan

“It was one of the most exciting races that I can remember.” McMillan said: “Kaillie is known for her ability to fight – and even though she was behind after the first, second and third runs – a position that almost no one ever comes back to win from – she refused to give up, and put down a perfect final run to win her second consecutive Olympic Gold.”

Former sprinter, Lauryn Williams – just the fifth athlete to win medals at the Summer and Winter Olympics – along with teammate Meyers were in first until the fourth run.

“Elana and Lauryn crushed everyone at the start, but too many mistakes on the track during both the third and final runs were her undoing. I have no doubt that Elana will learn from this experience, and come back stronger than ever.” McMillan said: “Our objective now is to convince Lauryn to come back with her! Lauryn has been the perfect teammate ever since she began the sport only five months ago. Besides being one of the most gifted female athletes in history, she is no doubt one of the most pleasant, positive, and genuine people you will ever meet.”

“Any time you’re that close and you can taste it and you don’t come down with the result, it hurts a little bit,” said Meyers, who was a bronze medalist as a brakeman at the 2010 Vancouver Olympics. “At the end of the day, Kaillie beat me. I have to deal with that. I have to go back and train even harder for Pyeongchang [site of the 2018 Winter Olympics] and we’ll see what happens.

Meyers and Fenlator said their six weeks training in Phoenix working with Coach McMillan were pivotal to their success in Sochi. Fenlator is even said to be considering moving to Arizona.

“Being in that environment, you’re surrounded by [Altis Coaches] Dan Pfaff and John Godina and amazing legends within track and field and sports in general” Fenlator said. “The climate alone is perfect, it never changes … it gives you a peace away from winter. We’re happy there, and we enjoy the environment.”

Reflecting on the assistance given by McMillan, Meyers said: “I wouldn’t be on the podium without Stu. He coached me in 2010, but this was a whole new experience for him to coach me through this journey as a pilot. He has been a stalwart for me and helped me so much to grow as an athlete. I can’t say enough about Stu.”

McMillan, who will shortly be returning to Phoenix, to continue his duties at the Altis said: “It has been a real pleasure to work with Kaillie, Elana and Lauryn this year, and I’m so glad that the Olympic season has ended the way that it did.”