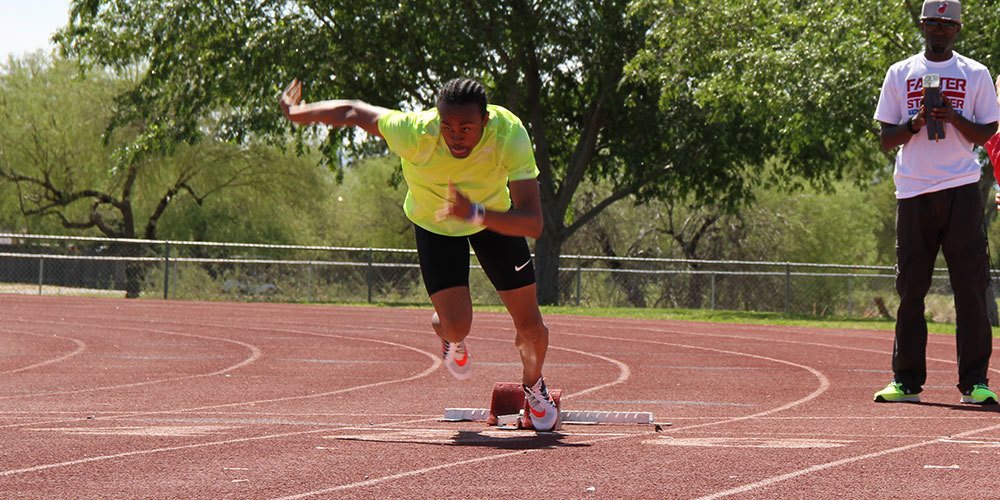 We caught up with USA hurdler Aries Merritt ahead of the Brussels Diamond League where he revealed his aims for next year, his thoughts on the European Championships and his time in Phoenix…

“But I need to make the team first, so I need to be healthy going into the US championships. If I’m healthy I am pretty sure that I should be able to get top three.”

“I watched the European championships this year, and I was surprised that Pascal (Martinot-Lagarde) didn’t win because he’s been light years ahead of everyone else in terms of performance.”

“…the facility is obviously going to continue to grow as more people learn about Altis.”

“People handle pressures a little bit differently so maybe that’s a learning experience. Obviously the talent for him is there he just didn’t perform.”

“Sergey Shubenkov is obviously a really consistent guy at championships, he shows up, he’s always a threat, and he proved himself at the Europeans.”

Aries moved out to Phoenix to train with his coach Andreas Behm and has seen the center develop during his time there.

“I think the facility is obviously going to continue to grow as more people learn about Altis. More people will obviously want to come train there. There’s a lot of people that are coming next year so its already tripling in size. I’m sure it will only continue to grow.”

“There’s all kind of things you can engage in at Altis, as well as learning as an athlete, you can learn as a coach through their coaching clinics. There are all kinds of programs like that. It’s still building up and its only going to get better.”