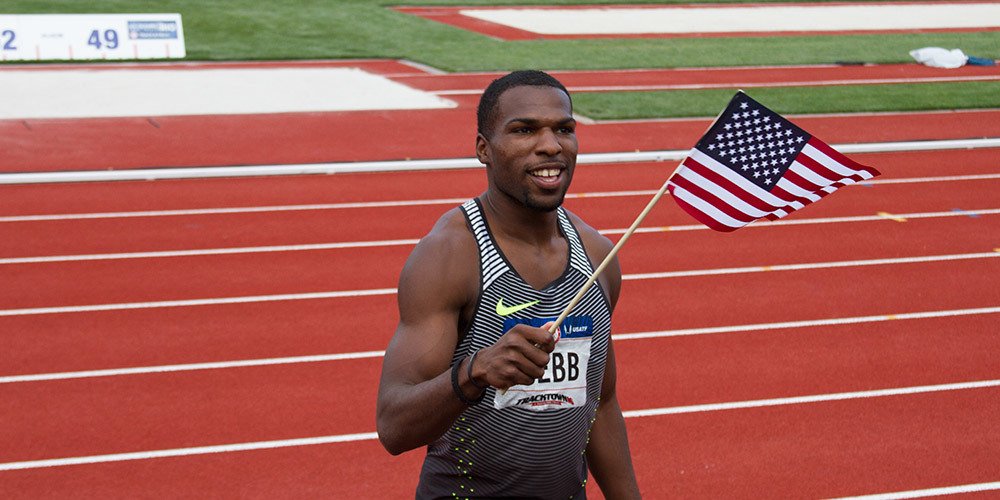 Sprinter Ameer Webb finished third in Saturday’s 200m final at U.S. Team Olympic Trials to secure his spot on the plane to Rio next month.

Webb, who has been in scintillating form this season, spoke of his feelings going into the showdown which also saw Justyn Gatlin & LaShawn Merritt book their place.

“I had some confidence, but I was a little worried after returning from Europe as I wasn’t sure where my body was at.” reflected Ameer. “But after the first round I was ready to run.”

“The race was nerve-wracking all the way to the end. I pushed out at the start to stay close together, I didn’t want them to get too far away from me. Coming off of the curve I remember just going for it.”

“I was pushed all the way ’til the end. At the finish line I just gave the biggest lean I could as I saw someone out the corner of my eye. I just wanted to make sure I got that third spot.”

It was Ameer’s very first Olympic Trials and can now look forward to representing his country at an Olympic Games for the first time.

“I’m excited about it. I can’t wait. I’ve been dreaming about it all my life. It is definitely a dream come true. It doesn’t stop here, I have always got my eyes on the prize. And an Olympic medal is definitely the prize.”

Also joining Ameer in South America will be Andre De Grasse, Christabel Nettey and Akeem Haynes, who all booked their spot at the Canadian trials this weekend.