What is weakness, anyway? 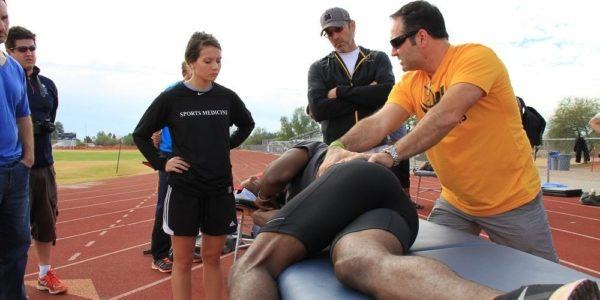 When I was working in the UK with Stu, Dan, Andy Burke, and the rest of the crew, we often had debates about the need for specific strengthening in areas, or directly to tissues that were injured or that appeared to be not functioning well when observing an athletes movement.

The ‘need to strengthen’ debate was one which at times was heated.

When I arrived in the UK, I was on the fence.  Of course an area which was ‘weak’ needed some direct strengthening.  I could convince myself of this, and in fact there are times where we do need to develop strategies designed to strengthen a particular muscle group. However, what I found quite frequently was that we could make very quick changes in muscle behavior and contractile abilities with hands on work, combined with motor re-education in the form of repeated, progressive technical exercises and drills.

Part of what happened was that in our efforts to learn, we became more efficient and effective with our hands-on work, enabling us to be much more accurate anatomically with our manual techniques.  Dr. Guy Voyer’s fascial fellowship helped immensely in this regard, giving both Andy Burke and myself new-found appreciation for the interrelationship of many structures, linked structurally and functionally directly via the fascia.

My observations over time spawned what I present here – an argument that observed weakness is often not weakness in the traditional sense but a manifestation of myofascial structural change which reduces afferent input into the complex neural symphony which is responsible for the output of muscular contraction.

When identifying movement dysfunction, we often draw the conclusion that there is ‘weakness’ – that a particular muscle group or chain of synergists is not ‘strong’ enough. We often make this conclusion without really giving thought to all that determines coordinated output of force.

When we look at muscle structure we now know that both the contractile (extrafusal fibers) and non-contractile elements (intrafusal fibers) insert, not directly to the tendons, but to the fascial layers (endomysium, perimysium, and epimysium) at points throughout the length of a muscle.  It is these layers which then come together to form the tendon structure inserting into the bone (and continuing directly into the periosteum). It would therefore be safe to say that muscles do not insert into bone, but into fascia, which then coalesces to insert onto bone.

“Muscle is just a stupid piece of meat.”

To the extent that the contractile elements on their own are completely dependent on fascia to be functional, Dr Voyer is absolutely correct.

We also know that 40% of myofascial tissue does not insert into the musculo-tendonus junction/tendon or bone, but rather into other fascial layers of surrounding agonist, synergist, and antagonist muscles/myofascial tissues (epimyseum, inter-muscular septa, retinaculum, etc.).  For what purpose would evolution produce and maintain connection between various muscle groups and other soft tissues via fascial sheets of collagen matrix (richly innervated by various afferent/sensory receptors) if function (strength/power) was determined only by the muscles functional cross sectional area? (which is what we are saying when observed or identified weakness is only addressed via strengthening exercises)

Why would the sensory units (muscle spindles and golgi tendon organs) which determine muscle tone and sensitivity to stretch insert into the fascia if the fascia were not a critical link both mechanically and proprioceptively?

Ultimately, if the fascial layers do not move freely then the sensory units inserting into these layers, providing the brain and spinal cord constant feedback regarding movement quantity and quality is compromised/diminished, or incomplete. This degradation of afferent feedback (aka proprioception) ultimately results in decreased motor pool activation at the spinal cord level.  When we cannot optimally recruit available motor units within a given muscle, would we not observe weakness?  In many cases “weakness” occurs not because there is a lack of cross sectional area, but results from a loss of afferent-efferent feedback necessary for optimal muscular contraction.

Conceptually, this can also influence strength of contraction through functional fascial chains. Through the research findings of the Stecco Family and Dr Jaap van der Wal, we understand that the continuous fascial chains spanning long areas of the body linking many muscle groups are not conceptual constructs but true anatomical links.  Given this anatomical continuity we can imagine a situation where ineffective muscular contraction at one link in a synergistic chain reduces the tension passed via these fascial links into the subsequent members.  This decreases stimulus through reduced fascial pretension to the agonist / synergist / antagonist muscle spindles, leading directly to decreased motor unit activation/strength of contraction in the remainder of the chain. Such diminishment of communication between links will then potentially alter the firing sequence and timing of contraction – resulting in further displays of ‘weakness’. 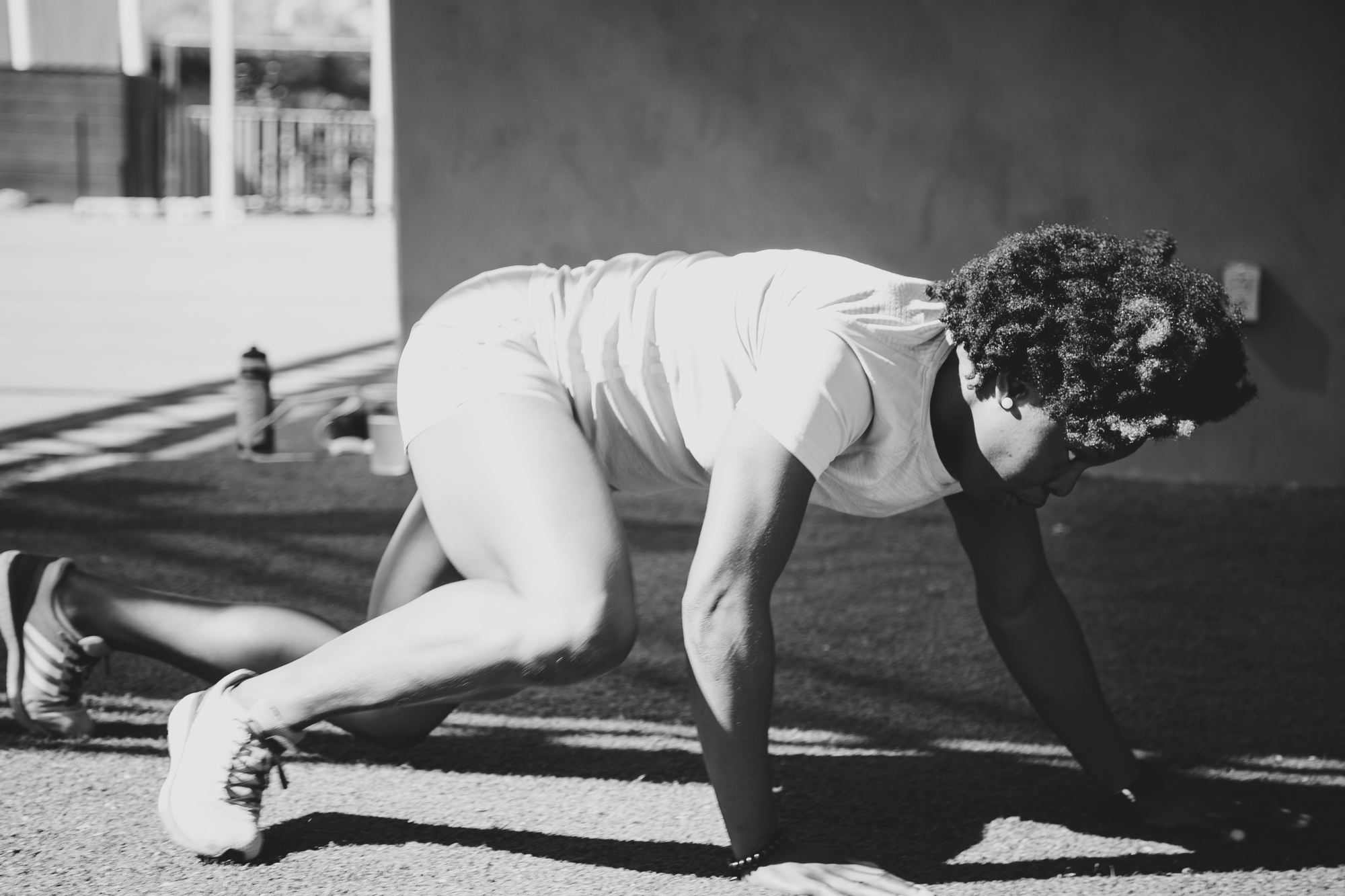 “Observed weakness is often not weakness in the traditional sense, but a manifestation of myofascial structural change which reduces afferent input into the complex neural symphony which is responsible for the output of muscular contraction.”

In short, fascial lack of compliance and mobility leads to diminished afferent feedback reducing motor pool activation and alters firing patterns (fascial chain contraction sequencing).  With poor contraction quality and sequencing, the resulting apparent ‘weakness’ can lead to changes in the instantaneous centre of movement of related joints.  When a joint’s centre of rotation (or motion) is at a point off of its anatomically  correct position, we observe aberrant arthrokinematics.  Altered joint mechanics leads to the bearing of load in areas not designed to bear such stresses, and efficient movement is compromised.  Increased loading stress is passed into the supportive tissues (joint capsules, ligaments, retinaculum, all the same myofascial structures mentioned previously.  This repetitive strain contributes to altered tissue tone and structural change, and the vicious cycle worsens slowly over time.

As joint motion is compromised, intra-articular swelling and irregular wear can result. This leads to arthrogenic inhibition where joint mechanoreceptor feedback is lost in much the same manner as in the myofascia.  This leads to further inhibition of musculature spanning the involved joint, and additionally adding to ‘weakness’.  This process will potentially be a driver in degenerative processes such as tendinosis (itis), osteoarthritis, etc..

I apologize for the wordy journey I have taken you on here.  I hope it has raised some thoughts in your mind and may lead you to look at the potential causes for observed weakness.

The question one should always ask when they observe ‘weakness’ is why?

Is there an inadequate production of force for the observed activity because the cross sectional area of the muscle is not sufficient?

Is there neurologic compromise?

Is there vascular compromise?

Is there poor interaction with its agonists or antagonists?

Is there associated joint misalignment?

If any of these other than the first are present then the best strengthening exercises will be of little benefit.  Injury recurrence is highly likely when the underlying cause is not elucidated.  In my experience one should evaluate tissue quality of all the potentially related soft tissues in the associated area of observed weakness.

Has previous injury and the resultant inflammatory cycle led to fibrotic change in critical areas influencing the sensory organs?

Has this led to poor firing sequences?

Has alteration in tissues led to a change in joint mechanics?

Most elite athletes come with long injury histories.  In the absence of good hands-on treatment and rehab, it is often very likely that tissue changes are playing a role in observed weakness.

Dr. Ramogida is Senior Sports Medicine Advisor at ALTIS, is the Lead Performance Therapist with the Golden State Warriors, and has consulted with the Seattle Seahawks for almost twenty years. He is respected as one of the world’s top therapists, and a thought-leader behind the performance therapy methodology.

Dr. Ramogida is a primary author of the ALTIS Performance Therapy Course.