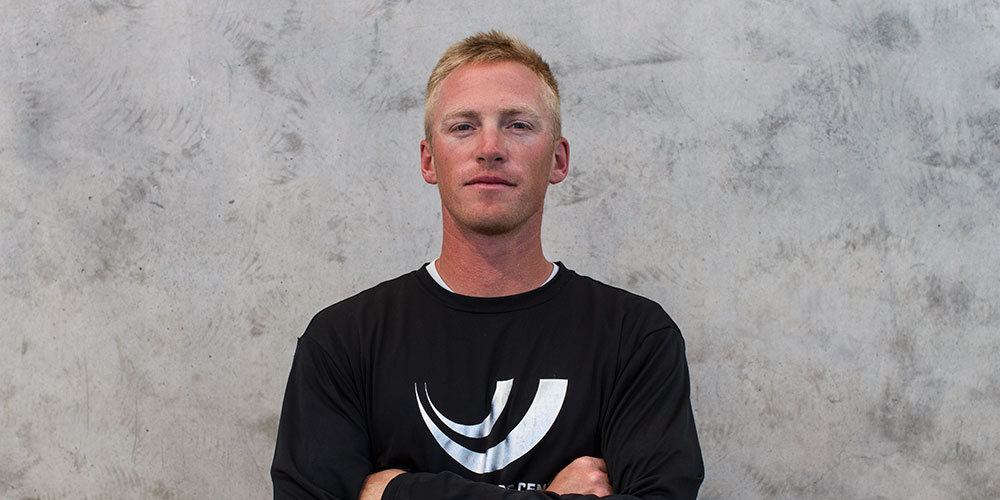 Following on from Coach Chidi Enyia’s blog-post on Acceleration, WAC Sprints & Jumps Coach – Dustin Imdieke examines the next piece in the speed puzzle – upright sprinting and the mechanics of maximum velocity.

Dating back to the ancient Olympic games, people have been fascinated with exploring and pushing the limits of how fast humans sprint. During the previous century we marveled at the ability of Jessie Owens, Bob Hayes, Donald Quarrie, Carl Lewis, and Donovan Bailey – among others – to cover ground faster than any man before them. More recently, Usain Bolt forever changed what many thought was humanly possible, running the 100 and 200 meter dashes in 9.58 and 19.19 seconds. Scientists, coaches, and athletes alike have searched to find answers as to how the world’s fastest men and women accomplish these feats of speed.

When exploring sprinting, it is important to understand some of the basic physics behind movement. Sir Issac Newton revealed to us the three laws of motion: Based on these principles Newton is history’s only undefeated Track and Field coach. The second law of motion states that F=MA – meaning that the greater force exerted on an object relative to its mass the faster it will move. Simply put; the greater mass-specific force that a sprinter applies to the ground, the faster they will sprint. Research coming out of Southern Methodist University showed us that sprinters moving at 11.1 m/s exerted 26% more mass-specific force into the ground compared to athletes running at 6.2 m/s (Weyand, Sternlight, Bellizzi, & Wright, 2000).

Additional research from Weyand, Sandell, Prime, & Bundle demonstrated that faster sprinters also produce greater amounts of force in significantly less time, resulting in shorter ground contact times (2010). Also of note, during upright sprinting high-level athletes generate between five and ten times more vertical force compared to horizontal force (Seagrave, Mouchbahani, & O’Donnell, 2009). In summary, large forces, applied in a short time, in the right direction, and through the optimal range of motion allow fast sprinters to cover 69% more ground per stride than their slower counterparts. When sprinting is viewed as an effort to cover as much ground as quickly and efficiently as possible, these concepts become paramount.

The question then becomes: “How does one create the actions and reactions inherent in quality sprinting?” Newton’s third law of motion states that for every action, there is an equal and opposite reaction. Thus, much of sprinting is viewed though a lens of cause and effect relationships. Therefore, in order to achieve optimal upright sprint mechanics, one must first execute an efficient acceleration pattern as explained by Coach Chidi Enyia. Once this has been understood and achieved we now have a starting point to execute upright sprint mechanics.

The ability of an athlete to execute sound sprint mechanics is largely dependent upon the maintenance of proper posture throughout all phases of the sprint. Benefits of optimal posture include increased force production, minimized braking forces, and efficient use of the stretch-shortening cycle. This will all conspire together to increase performance, while decreasing the risk of injury. Whilst it must be noted that each athlete is an individual with their own anatomical and physiological differences, studying a range of world-class sprinters does reveal certain commonalities.

Keeping the big picture in mind, several postural landmarks are critically important to high level sprinting. At max-velocity we look for an upright posture with the head, neck, and shoulders stacked on top of the hips. Anything more than a slight forward lean will cause over-rotation of the entire system, and alter the direction of force production of the sprint stride. Athletes exhibiting forward posture and over-rotation may need to be cued to “stand up” or “run tall”. Initially, they may experience a sensation of leaning back due to the change from their familiar position. Accomplishing this is a springboard for the remainder of sprinting posture.

The ability to maintain a neutral pelvis will create a stretch across the hip flexor muscles, allowing for an elastic return of the thigh to the front side of the body. Due to a number of factors, a common postural error in athletes is an anteriorly rotated pelvis. This may be the result of shortened hip flexor muscles or the athlete pushing on the ground for too long. Both conditions will cause sub-optimal ground-contact times and are often culprits leading to the dreaded ‘backside sprint mechanics.’ This backside model may also be caused by an athlete over-reaching. This is characterized by the athlete striking far out in front of their center of mass. Ideally we would like the foot contact to occur only slightly in front of the center of mass. Typically, at max velocity we will cue athletes to step over the knee and straight down into the track.

Ankle dorsiflexion seems to be a topic of great controversy around the around the world of athletics. However, due to the massive importance of ground contact and its effect on the rest of a sprint stride, clearly it is an important aspect to understand. Through active dorsiflexion the athlete will create a stretch on the entire posterior chain, which upon ground contact will act as a spring utilizing stored elastic energy via the stretch-shortening cycle. This will aid in minimizing the amount of ground contact time. A common error I see is athletes striking the ground on their toes resulting in massive ankle amortization and increased ground contact times.

During a max-velocity sprint the actions of the arms are used as a means to balance the body as well as increase force production. On the front side the hand is blocked at or slightly above shoulder height with the elbow at approximately a 75 degree angle. We cue the action of the arm as a one stroke action. From the shoulder-height block, the athlete strikes down and back with the hand. In conjunction with ground contact the hand will swing past the hips with the elbow in near complete extension. Ensuring that the elbow reaches extension and that the hands pass below the hip pockets will allow for appropriate spinal rotation at the Thoracic spine 10-12 (Pfaff). As the arm swings behind the body, the elbow will re-bend to approximately 105 degrees allowing for daylight between the rear arm and the torso. The stretch created on the pectoralis muscle group along with the anterior deltoid will create an elastic energy return to the front of the body, negating any need to volitionally pull the arm forward.

Sprinting is certainly not a one size fits all activity, and the old saying that “many roads lead to Rome” does apply. We do find that world-class sprinters typically have several commonalities. If your athlete is unable to accomplish one of the requisite postures or actions it may be the result of a technical misunderstanding or a physical dysfunction (McMillan, 2012). At this point it becomes the job of the coaches and the therapists to help the athlete move closer to the model; always remember however, that on your search to replicate the model, you may be seeing the effect but you must find the cause!