THE DRUNK, THE POLICEMAN, AND THE PRIEST 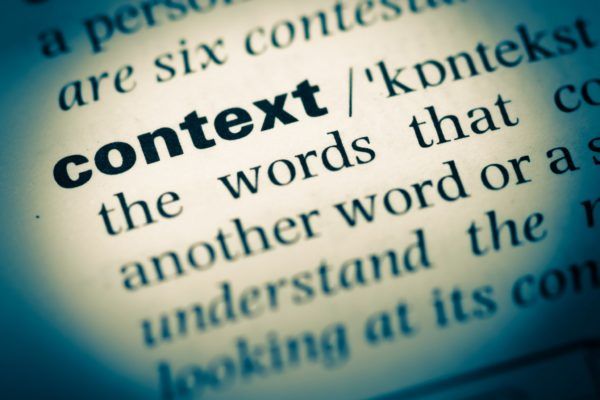 None of us learn something new, and hold it entirely independent of what we already know. We incorporate it into the history of personal knowledge we have been creating our entire lives. This is how knowledge works, and it often throws up challenges in how we appreciate the things that are not happening outside of our brains, our worlds, our existences.

It is so easy to conflate our own experiences with that of others. It is easy to simply assume that what we know; how we would manage a problem – based on the information that we have available to us – is the way.

Two people, however, can have virtually the exact same information available to them, yet come to two completely different outcomes based upon how that information affects the lens through which they view the world.

None of us can transcend the cultural context in which we are born. All we can do is base our systems of thought on what is available to us.

“The biggest mistake we make when looking at the ideas of others is to ignore the context from which these ideas emanated from.”

What we are really talking about here is context.

Context is the “circumstances that form the setting for an event, statement, or idea, and in terms of which it can be fully understood and assessed”;  it is “a frame that surrounds the event and provides resources for its appropriate interpretation”.

The Drunk, The Policeman, and the Priest

One of our favorite stories is included in our friend Dr. Fergus Connolly’s book – 59 Lessons, as told to him by Portuguese sport scientist Vitor Fradé:

“A fan travels to a foreign city he’s never been to before for an away game his team is playing in. When he gets off the bus he requires directions.

The first person he meets on the street is a drunk. Needing to find the stadium, the fans asks him the best direction to start walking. The drunk tells him to continue down the street, turn left at the first liquor store, keep going until he comes to a big new bar, and at the bar turn right and go on for three hundred yards. The drunk says that the stadium will then be right in front of him.

So the fan sets off. On the way, he passes a police officer. Questioning the drunk’s inebriated directions, he asks the officer how to get to the stadium. “Go down to the courthouse, turn right, keep going until you reach the main police station, and then turn left just after it,” the policeman says. “Go on for another hundred yards and you’ll find one of my colleagues standing on the corner. He’ll get you the rest of the way”.

So once again, the fan heads off towards the stadium. On his way, he meets a priest. “It won’t hurt to make sure I am going the right way,” the fan thinks. He asks the priest for directions and is told to walk back to the old basilica on the hill, go around it, keep going until he comes to a synagogue, then turn left fifty yards after it and continue to the stadium.

Any of these sets of directions would get the fan to the stadium. The three people he enquired for directions all knew where the stadium was located; they just had different perspectives on how he should get there. Each spoke based on their own experience and perspective. The drunk tied his directions to alcohol, the policeman to legal system landmarks and the priest via places of worship.”

Fergus goes on to compare this analogy to the state of health and performance in sport:

“We see this sort of environment all the time within physical performance, in particular between disciplines such as physical performance, rehabilitation, data analysts and technical coaches. If you have a shoulder injury and the first professional you visit is a physiotherapist then more often than not they will believe manual therapy is the answer. Visit a doctor and surgical intervention is the preferred protocol or see a podiatrist and your foot will be the cause of the injured shoulder.

Context is everything, it’s important to remember the lens you view the world through is only as clear as your experiences and perspective let it be.”

When you really consider this prospect, think about how much potential it has to change your thought processes.

Imagine you are Dr. Ignaz Semmelweis, it’s 1846, and you report to your new job at the maternity clinic at the General Hospital in Vienna. It is the beginning of a time where physicians were expected to have scientific training. So rather than thinking that illnesses were the results of evil spirits, these physicians began to collect data, and do autopsies, for instance.

You notice that many women are dying from ‘childbed fever’.

Putting your science hat on, you go about studying why this is happening. You notice also that, on one ward – where the would-be mothers were tended by female midwives – the number of deaths was five times less than the ward attended by male doctors.

After much study, you realize that the only significant difference is that the male Doctors were doing autopsies, and the midwives were not. You hypothesize that the Doctors were carrying little particles from the dead corpses they were doing autopsies on, and, when delivering the babies, were transferring these little particles to the mothers, and that was making the women sick.

So you decide to test your hypothesis, and order your medical staff to begin washing their hands with chlorine because you figure that would get rid of any unwanted particles from the dead bodies. Lo and behold – childbed fever rates drop dramatically! You’re a hero!

But – rather than being treated as such, the other Doctors revolt.  ‘We cannot be making these women sick! You’re not blaming us for this!’  And they stop washing their hands, the rate of sickness comes back, and eventually, you get fired for stirring up so much trouble.

Eventually, we figured out what germs are, and physicians started to take washing their hands a little bit more seriously, but you can understand the point.

How many methods are not available to us because we are simply ignorant of them?

How many times in our own experiences have we employed techniques, systems, or methods simply because they were popular?

And how many great techniques, systems, or methods have we ignored because they were not?

The preceding was an excerpt from Book 1 of the Performance Therapy Course. This section leads into the differences between context and content, and how we tend to spend too much energy arguing about the content of a thing – rather than appreciating its context.

Our friend, Dr. Tony Shield, talks about this as it relates to the Nordic Hamstring Exercise, and how we tend to focus on the ‘coffee’, rather than the ‘cup’ (check out this video to see what he means!)