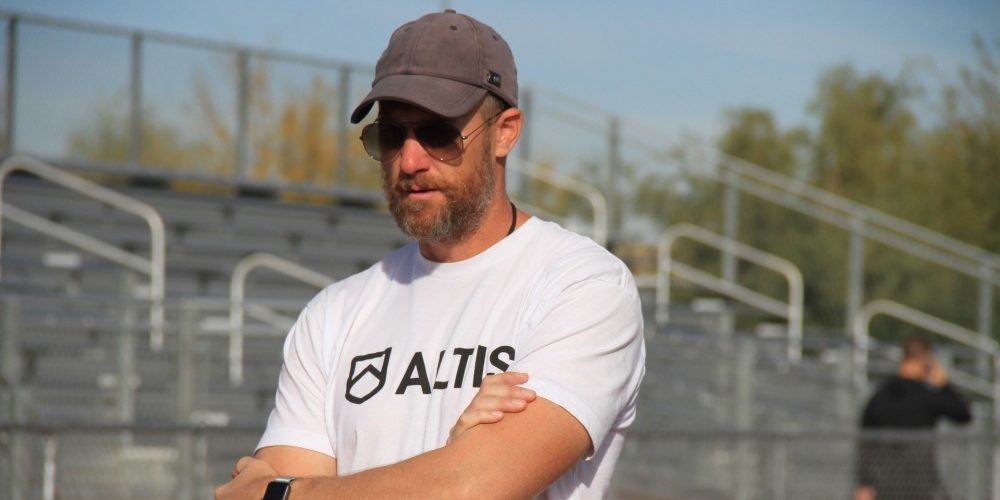 ALTIS Performance Director, Stuart McMillan takes centre stage in the fourth of our post-Rio interviews. In this Q&A, Stu shares unique experiences gained through coaching over 70 athletes to 9 Olympic Games – both summer and winter.

Which Olympic Games have you coached at?

What were the performance highlights?

It’s tough to say, with over 30 of them winning medals; but the first gold medalist – American skeleton athlete Jimmy Shea winning in Salt Lake was a highlight – as was the exceptional performance of Andre De Grasse in Rio.

How many athletes were you coaching in Rio?

We also had Carlos Herrera from Mexico, who spent a considerable amount of time with us this year. Also from our sprints-hurdles group was Hafsa Kamara from Sierra Leone, who is coached by Chidi Enyia, Mikel Thomas from Trinidad and Tobago and Matthias Bühler from Germany, who were both coached by Andreas Behm; and Isabelle Pedersen from Norway, who was coached by Andreas and Dustin Imdieke.

So in total, the sprint group had 13 athletes from 12 different countries, coming home with 4 medals – pretty nice return!

How did Rio compare to previous experiences in terms of the organization of the Games?

After the great success of London 2012, it was always going to be a difficult follow for Rio. The main three things that a host city has to get right from the athlete’s perspective is housing, food, and transport. I would say that Rio did a decent job with housing and food (not great – but the difficulty in housing and feeding over 10,000 folks for two weeks cannot be understated), and a pretty poor job of transport – mainly because the athletics stadium was a minimum 45 minute drive away from the Village. Olympic lanes were also seen as optional for resident drivers, so the 45 minute drive often ended up being considerably longer. All in all, though, I would say that much of the media-generated fears were over-exaggerated, and the Games were suitably organized.

What did an average day during the midst of the action look like for you in Rio?

How did you personally manage your stress levels & well-being?

Nothing really different from a normal day, to be honest. I begin each day with at least 60 minutes of reading and writing – this serves to start my day off in a productive and active way, which I find keeps me from being distracted by various stressors. Like the athletes, I try to just focus on what is in front of me, don’t worry too much over the things I cannot control (transport, for instance), and exercise when I can.

What are the most critical determinants of success for an athlete leading into the final week to 10 days?

I normally talk about a few:

What are risk factors which can negatively impact an athlete’s performance? How did you manage these?

Additional media responsibilities are a big one. As is health – with the added emotional- psychological load of competing at Trials, travel to Holding Camps and to the Games itself, as well as how ‘new’ all this is, it can often lead to a dampening of the immune system; many Olympic dreams are hampered by a sickness coming at the wrong time. Strategies to combat the potential of a decrement in health are key – as is the program plan in between Trials and the Games. Too much stress-density in this period can often lead to poor performance, or at worse, injury. Overseas travel should be avoided – as should other intense stressors; there is enough going on in the athletes’ lives at this point!

But perhaps the primary thing I have seen get in the way is the additional responsibility that athletes feel with their family and friends present. Too often, performance has been hampered because the athlete feels the pressure to babysit family and friends. It is important that the athlete and coach put together a plan to mitigate these distractions, and involve the family and friends in them. I typically – at the very least – send out a letter to athletes’ families explaining the situation, and detailing that they are there to support the athlete, but that it is not their friend or family member’s responsibility to take care of them; that they are there to do a specific job.

How fluid was this programming? Did you have to engage any Plan B contingencies?

Planning is always fluid. More so around big competitions. We just try to keep the athletes sharp, and focus on specific KPIs. Health with all of the athletes was excellent, so we had no need for plan B work – with the exception being Ameer Webb, who tore his hamstring leaning at the line at USA Trials. We had 4 weeks of plan B work leading up to the Games, and unfortunately didn’t quite have enough time to get him sharp. I feel he could have won if it wasn’t for the injury, as he would have been the only major player in the 200m who wouldn’t have raced either the 100m or the 400m beforehand. We saw how this schedule affected the athletes – running 6 fast races in 6 days is not easy – for example, leading into the day of the 200m final, Andre had already ran 3 personal bests in the previous 4 days – that is a tough schedule for anyone to recover from.

As a coach working with multiple athletes from multiple nations how do you manage relationships with NGBs and Team Staff?

I find the best situations are always those where the coach has an open, honest, and interactive relationship with other members of the athlete’s ‘team’ – whether this be agents, managers, team staff, or NGBs. I try my best to have functional relationships with as many of them as possible, but because of sheer numbers, and occasionally personality differences, this is sometimes difficult. I will keep trying though!

What’s next for you and the athletes post-Rio and for the remainder of the season?

Andre is back to school fulfilling his promise to his mother to finish his degree, Ella Nelson competed in her first Diamond League event in Paris, and Jodie Williams and Jeremy Dodson compete in Gateshead on September 10th. All other athletes are finished for the season.