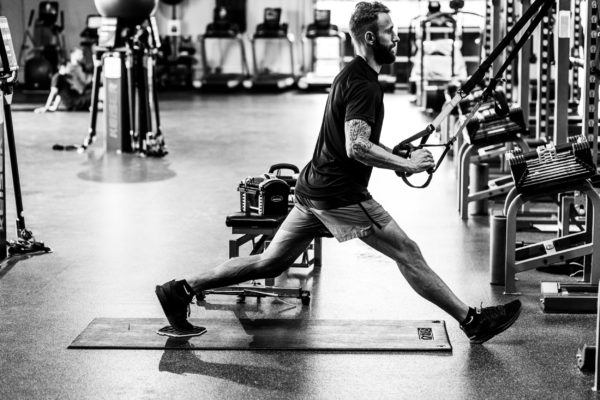 When we stand back and look at the big picture, the challenge to improving the health and performance of athletes may seem overwhelming.

How can we help athletes improve the quality of their movement with all the complexity and subjectivity that it entails?

If every athlete is different, on every single day, how can we consistently be successful with our work?

In our mind, this begins with reimagining the problem — most coaches and therapists work to improve effectiveness.  But that’s not the primary problem at all.  The problem is efficiency.

And we can only improve efficiency when we stop trying to apply external solutions to internal problems!

Let’s dig into this important concept a little deeper.

In a more traditional approach, the coach-therapist attempts to provide an external solution to the challenge the athlete is facing— seeking the ‘most-effective’ solution.

This normally takes the form of ‘correction’ — an explanation of what went wrong — and ‘instruction’ — a verbal cue (or cues) of what they should do to ‘correct’ their error.

The athlete might perform an exercise of some sort, then once it is finished, the coach gives corrective instruction — i.e. what the athlete can do better next time to improve the effectiveness of the exercise.

Similarly, the therapist may work to help ‘turn on’ certain ‘weak’ muscles by prescribing a particular exercise, and instructing the athlete to concentrate on ‘firing’ the muscle at a certain point in the movement.

The athlete attempts to follow these instructions, but typically is unable to do so efficiently because they are constrained by their current action capabilities.

Therefore, they often either continue to ‘make mistakes’ (which are again corrected by the coach-therapist) or they compensate in such a way as the efficiency of their movement is reduced.

This cycle simply continues ad infinitum — whether in the sporting arena, or in the sports medicine clinic — until what may have been a fluid and efficient movement (but potentially ‘ineffective’) becomes mechanical and inefficient (but now aligning with the technical picture of what the coach-therapist envisions).

In essence, rather than working together to solve the problem(s), the coach/therapist-athlete interaction often resembles a back and forth battle!

The coach or therapist prescribes exercises or drills designed to ‘fix’ a problematic movement. This leads the athlete to correct their existing efficient movement so it more closely resembles the effective solution prescribed by the coach. The assumption is that simple repetition will be enough to force a new pattern to develop.

This is the typical ‘coach- (or therapist-) led’ solution, where we assume we know more about the movement pattern than the athlete does.

Coach to the athlete’s solution, not yours

The assumption that there is a correct way to move has manifested in the sport medicine world as the ‘corrective exercise’ movement — techniques “that leverages an understanding of anatomy, kinesiology, and biomechanics to address and fix movement compensations and imbalances to improve the overall quality of movement during workouts and in everyday life.”

This is a late-20th century contrivance based on the faulty assumption that if we remove a faulty part, ‘fix it’ in isolation, and then reattach it to the whole, then the function of the whole will be improved.

However, this simply is not the case in a biological, complex-dynamic system.

And we actually knew this a long time ago!

For example, in the late-19th century, J. Hughlings Jackson wrote that “the central nervous system knows nothing about muscles, it only knows movements.”

Over half a century later, Karel and Berta Bobath adopted this thought-process in their ground-breaking and highly-influential ‘movement-first’ treatment protocol to improve the participation and function of neurologically-impaired patients.

Another half a century later, coaches and therapists can now be certified in the very opposite way of thinking, as ‘corrective exercise’ spawned an entire industry — becoming the go-to approach of many physiotherapists.

Coaches and therapists could now identify a particular problem or ‘dysfunction’ (often through a predetermined ‘movement screen’, and simply prescribe specific exercises to ‘fix’ it (a quick google search of ‘corrective exercise’ will confirm the popularity of this thought-process).

This approach has totally changed how people look at movement and exercise.

What used to be explorative is now constrained – an assumption that there is a ‘correct’ way to move, and that this correct way doesn’t allow for any variability (what we call ‘bandwidth’).

So what should we do instead?

Well, this is a big question — but it begins with the following three principles:

Then, we might find we have young athletes who are more efficient, and more adaptable.