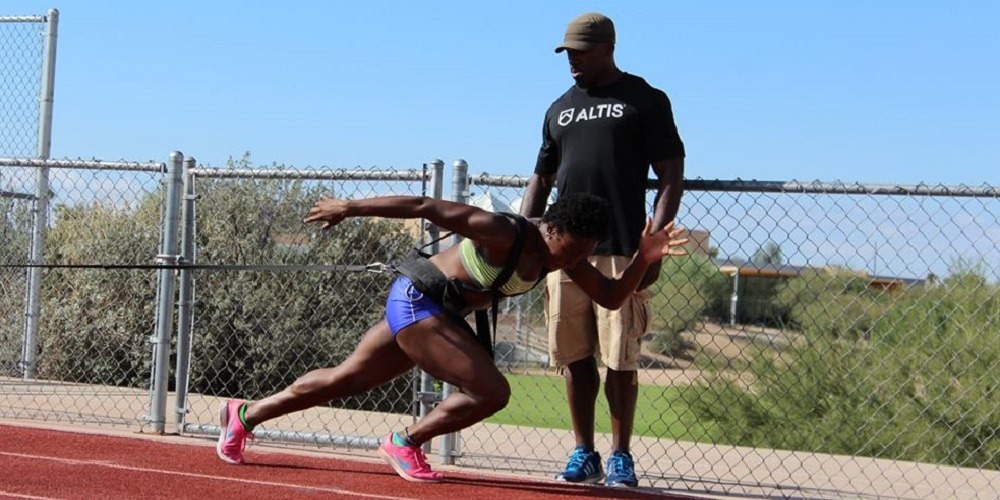 Chidi Enyia authors this week’s blog-post – with an in depth look into what we strategies we should incorporate into training schemes, to create independence in an athlete’s race plan.

Years ago I had the opportunity to work with a super-gifted 400m high school athlete. Up to that point in her career, she had already enjoyed years of national level success as a youth in the United States; but once she entered high school, injury slowed her progress dramatically. Of the many conversations we had together regarding progress, one primary issue stood out: The paralyzing anxiety she experienced prior to each competition, due to the absence of a race plan.

Essentially her performances relied so heavily on her ability to respond to what she thought her competitors were doing, that she experienced massive performance peaks and valleys that dealt constant blows to her confidence. The problem continued to grow until it reached breaking point in terms of her desire to continue – so something had to change quickly: We had to figure out an effective way to rebuild her confidence. Something I thought about at this stage is one of the most frequently used quotes often heard in post-race interviews, or just hanging out at meets: “I ran my own race”.

What does that mean and how many of us actually believe that philosophy enough to put it into action?

Coaches are largely responsible for empowering athletes. This is done by educating athletes on the most effective use of the various tools they have at their disposal, allowing for greater performance stability, versatility, and – consequently – an increase in athlete confidence. In sport, a well prepared, confident athlete is a dangerous one!

What is Race Modeling?

For the 100m, it’s commonly understood that an abrupt transition from acceleration to maximum velocity posture is an inefficiency that disturbs rhythm and momentum. To address this sprinters regularly practice a violent, patient and uniform acceleration through transition, where the hips and shoulders rise together.

In the 200m, it’s irresponsible to hammer the entire curve at 100% effort and expect to establish control – through arguably the most important segment of the race (80-130m) – or have adequate energy for an optimal finish. A common 200m tactic is a 50m acceleration, followed by about 40m of high speed maintenance. Then a second effort at about 90m, with very specific technical focus to enhance the curve to straight transition.

Finally, in the 400m, it’s insane to PB at the first 200m mark (unless you’re PB ready at that very moment) – if the goal is to challenge the rate of deceleration late race. For more optimal race distribution, quarter milers are taught to go through the first 200m within a percentage of their perceived max, while emphasizing smooth transitions, excellent posture, rhythm and mechanics along the way.

Obviously each one of these examples are somewhat over simplified since there are a number of Key Performance Indicators (KPI) that lead to fast times, but I think you get my point; in essence – race modeling is the opportunity for the coach and athlete to develop a sense of race day independence. This is achieved through the application of strategic plans that maximize their specific skills, within the context of the event’s technical demands. In the process of doing this we raise athlete awareness to elements that can negatively influence their execution, and ultimately the outcome of a race. We’re looking to set them up for the best possible outcome – no matter the conditions on that day – whether they win or not.

Contrary to what some might be thinking, this isn’t a promotion of rigidity if you’ve developed contingency plans along the way; but rather an establishment of stability within the common chaos and uncertainty that exists in a highly competitive environment on race day.

In order to be an effective tool, race modeling must be integrated into training schemes throughout the year – early and often. Sufficient time should be spent teaching the technical components of each event, while also addressing their respective specific velocity and energetic demands. Look at the 200m for example; we know some of its KPIs are high level acceleration; maximum velocity; speed reserve and speed endurance – but there also needs to be a sound conceptual understanding – built through repetition – of how those pieces fit together harmoniously.

If you want to address the curve, accelerations at varied distances plus timed race pace runs through 50, 90 and 100m checkpoints are helpful. A sample session could be 1×30, 40, 2x50m in blocks plus 2-3x timed 90m with full recoveries, to work through feeling the high speed maintenance zone. Through experience, I’ve noticed that athletes are able to dial in tempos not only at lower intensities, but at higher, more race specific velocities; therefore timed runs are a good tool to create a reference point they can refer from to establish their own pattern.

For accuracy’s sake, there’s a tendency to see about a 0.25-0.30s difference in time when comparing open 100m and 100m split times for Olympic Games and World Championship participants: So if you’re using a 100m checkpoint in a specific session, it’s safe to say you’ll want to go through at about 95-96% of your perceived best effort. If you’ve been monitoring and recording times and other relevant information regularly, you should notice trends that give you an idea of what the athlete is ready to run on any given day.

For transition work, accelerations can be done starting at different points on the turn – ending anywhere between 30-80m from the finish – while cueing posture, control and positions within the lane. A sample session here would be 1 x 90, 105, 120, 135m w/ 10-12’ recoveries. Timing different segments within those runs is useful for tracking velocities and strengths / weaknesses from person to person.

Finally, you can use different combinations and variations of speed, or special endurance runs to promote a quality blend of those components that improve finishing velocity. So, a good option is 1 x 250, 200, 150m at around 95% perceived max on that day – with full recoveries, and a huge emphasis on relaxation and composure.

These suggestions aren’t absolutes, but they should give you some ideas to work with. Ultimately, you’ll have to make adjustments for the level and type of athletes you have.

“Everybody has a plan until they get punched in the face”

I love this quote from Mike Tyson for its truth! How many times have you gone into a situation thinking you’ve got a perfectly mapped out plan … only to have the most massive wrench hurled your way, forcing you to take an unexpected detour?

Well … the detour is not the problem, because unpredictable events will always happen. It only becomes a major issue if you haven’t taken the time to assess potential risks, and come up with effective contingency plans. The strength of these plans will depend heavily on the frequency and timing of debriefs, wherein important information is gathered to give direction to necessary modifications. As Kyle Hierholzer stated in one of his previous blog posts: ‘Digging Deeper: Post-competition and Post-season debriefs’ – the end result of the debrief process is athlete accountability; which ultimately leads to an increased sense of athlete mindfulness throughout the process.

When we take the opportunity to practice the above components in different scenarios and conditions, we can use each competition as a critical teaching moment. We’re then able to really take advantage of the lessons that can be learned from the successes and failures along the way – and effectively bring race day anxiety, adrenaline and pressure down to levels more advantageous to performance.

If you talk to different athletes you’ll likely get a variety of definitions on what competitiveness means to them – with answers likely based on their individual background and experiences. We must be aware of their interpretations and perceptions, and help to define it more accurately for greater compliance; as at the end of the day effort, mindful execution, adaptability, and composure are critically important to how competitive your athlete will ultimately be.

While the balance of those qualities may shift more in one direction or the other for different reasons, they are not mutually exclusive! A 400m sprinter running full throttle for the entire first 200m – because someone else in the race managed to take it out hard, is more than likely not going to be competitive; and they’ll begin to find this out with about 150m to go. They may think they are at the time, but that type of execution comes with a price!
These conversations should be had as often as necessary, to ensure that athletes do not drift back into a wreckless, Russian Roulette style of racing – relying on chance and hope to deliver favorable outcomes.

In our post-season debrief three weeks after the conclusion of the national meet, I asked my 400m athlete what was on her mind going into the biggest final of her career at the time. Her response was: “I was nervous, but I knew what I had to do. I just needed to run my race”. When she shared that, I felt a lump in my throat so I dropped down and did 30 push-ups to send that emotional tension down into my pecs, lats and triceps (kidding!). In all seriousness though, she did just that: Her execution was as close to flawless as I’ve ever seen, and that statement was further confirmation that she rediscovered her own power and harnessed it for her benefit!

We were able to do this by taking advantage of numerous opportunities to practice HER model, and therefore developed great contingency plans with the help of regular debriefs throughout the season. The end result was greater performance stability, multiple PB’s and her highest finish in a national meet final, while running her second fastest time ever.

I sincerely hope reading this encourages you to explore creative, effective ways to develop race-day strategies; whilst understanding that the psychological implications associated with getting this right are huge! If you can fully embrace the challenge you can truly empower your athlete.