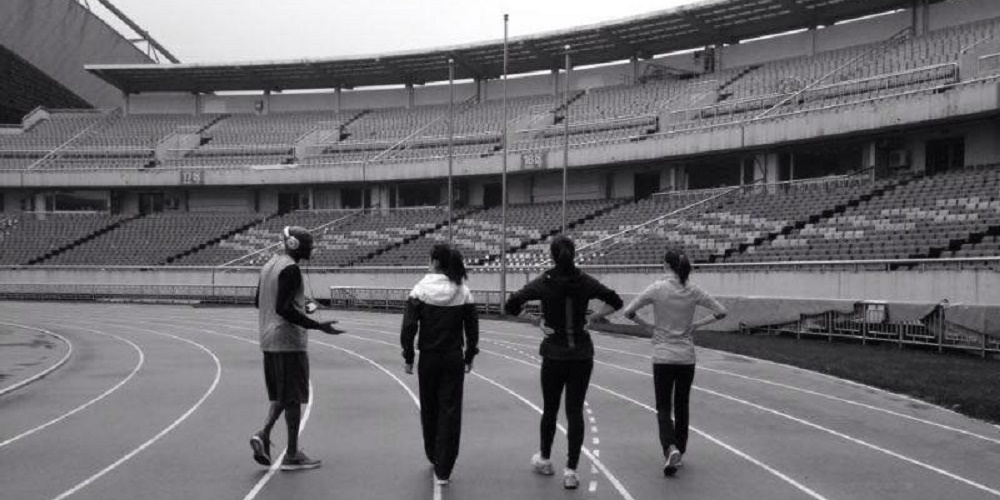 Don’t be married to the paper – think outside the box…

Planning a long-range training scheme is a complex task: A task which should include thought processes considering multiple layers of progressions, plans, and contingencies.

If considered carefully, long range plans can serve as a blueprint to shaping and directing athletic potential; tantamount to a road map to provide direction between a start and end point. However, the exact route and speed of travel is something which we must be prepared to adjust along the way. This is the art of coaching; whereby we create the blueprint. We then use our judgment to decide when to make adjustments along the way to maximize the chance for the athlete to reach planned goals: Nothing is set is stone so firmly that we can project the future development of a human being in advance with 100% accuracy.

From my perspective; when thinking about planning there are certain key objectives that should be met, namely:

There are many different possible approaches that could be employed to achieve the above three outcomes, but it is my feeling that you have to be very intrinsic with your approach: In other words, keep everything very related and specific to what you are trying to achieve. I firmly believe there is no room for superfluous elements in any training program.

On the contrary, many coaches come from the school of thought that a base must be built in the training process: Essentially that is just months of specific skill training that has been lost. When following such paradigms, I would question if coaches are using common sense in the training process, or if they are blinded by ‘book sense’? Too many coaches are married to the paper in this respect; you have to be able to plan your work and work you plan. If something isn’t working right, a plan B or plan C should be implemented accordingly. You can’t just sit around and collect the greatest training logs and articles written, then try to liberally apply them out of context and think they are going to work for your athlete.

Looking back a number of years, during my time as a competitor, I feel as though I was part of one of the greatest training groups ever assembled: It was composed of Donovan Bailey, Obadele Thompson, Bruny Surin, Glenroy Gilbert, Kareem Streete-Thompson, Donovan Powell, Vincent Henderson, and myself – just to name a few. On any given day we were all training differently, because each of us were catered for as an individual. This is firmly how I believe a coach should plan; whitewashing a one-size-all plan onto athletes, just because they are training for the same event is not logical.

Instead, I would suggest that individualization of each plan should be based on the following:

1. Analysis of the previous year
2. Preparing the body for the imposed demands of training
3. Global body conditioning using strength, mobility and endurance
4. Modification or consolidation of technique

Firstly; an analysis of the previous year’s performances is critical. This allows us to gauge what should remain, or be removed from the proposed year’s training plan. Since I begin training my current group of athletes, I have both added and taken away from both their training loads and training menu. This rolling fluctuation occurs because their stages of development have changed – so in the two and a half years I have been here in China, our training has evolved immensely as mastery of landmark skill-sets occur.

Secondly; getting fit to train at the required intensity is probably one of the most important factors in the process; and rightly so for many reasons, including the impact on prevention of injury. As coaches, we must be cognizant and respectful of individual timelines, rather than blindly push the limits of individuals in attempt to get them ‘there’ faster. There is a very delicate tipping point in this process: mismanagement and over training can lead to some less than satisfactory outcomes. If an athlete is not hitting the times required in training be smart enough to do one of two things: adjust the time, or adjust the rest interval. If the athlete is laid out on the track after your workout because you were not smart enough to see the indications of an immediate downward spiral during the session – you have lost on both ends. You haven’t achieved what was set forth in the days training, and you have just destroyed your chances of getting any more productive workouts for the remainder of the week.

My third point lies in consideration of conditioning and strengthening the body in its totality – a very important phase of the planning process: You can’t over emphasize the training of one certain group of muscles and neglect the others. A well thought out approach should include consideration of every major muscle group, in a manner that is specific to the demands of the event being trained for.

When I first arrived in China for ALTIS, I was abruptly thrown into situation where I had to evaluate a new group of athletes. They had not been selected or recruited by me, and had come from many different groups – bringing with them varying skill-sets, and exposure to a multitude of coaching philosophies. Needless to say – I had to start from ground zero: My first port of call was to get them moving with the most basic, generic training protocols possible, to allow me to determine what the skill-sets and deficiencies of each individual were.

For example, here in China they live and die by the squat, but that’s all they can do. Moreover, poor form technically in the lift often bleeds over to poor posture and form on the track – which leads to injury in the long run. My approach to developing global conditioning is very different: I started with simple explosive movements such as box jumps, standing bounds, medicine ball throws, kettle bell squats, goblet squats, and hurdle hops for two solid years. This fall was the first time that any of my athletes ever put a bar on their back, and I am proud to say they remained injury free – and also much stronger – than their counterparts who have been squatting for the last two years.

Technique is the next essential element that needs to be monitored and adapted in order to maximize performance potential. It is as essential in the weight room as it is on the track. Poor form in any exercise infects other movement patterns, leading to poor habits, substandard performance, and increased incidences of injury.

I am very particular about this from my own personal experiences, having been mentored and coached by coaches with an incredible eye, who have learned to dissect movement to its most intricate level. Whilst of course, we have to be careful to not over coach / cue in our quest for movement utopia, in my eyes the true sign of a great coach is if all of his athletes essentially look the same when running: There will be slight variations, but overall they look the same.

Three coaches that I highly regard in this area are Tom Tellez, Dan Pfaff, and John Smith: Essentially everyone coached by these guys technically looked the same. They were clones of each other with different levels of ability, but had been coached so well, that their movement expression was evidence of a clear system of coaching.
How do we get athletes to do this? You can’t just be the guy with the watch that says “Go run” and magically expect for things to fall into place. It won’t happen. So if it takes breaking down the simplest movement, and repeatedly drilling it every day until you see a change – do so. When one thing is mastered, you can then move to the next deficiency and work it. Never try to fix everything at once, but when you do get a few things clicking at the same time, mesh them together and then re-evaluate what’s next.

Lastly, within your plan, you must also develop competition specific conditioning; which is totally different from your general training regimen. In this phase you also have to train for a competitive peak, and also within that period you have to be sure to make any last minute adjustments that are necessary. After all is said and done you debrief your athlete, implement an active rest and recovery plan, and start the process again for the following year. If you follow these guidelines when planning your training I’m almost certain you will find success along the way
Unfortunately, many coaches do not treat athletes as individuals, and are under the assumption that every athlete can be trained the same. In my eyes there is nothing further from the truth … So, think outside of that little piece of paper, don’t get married to the plan, and make time to look up and see the people behind the paper!

Coach Ro, or as they call me in China: “LAOKU” (TRANSLATION: OLD COOL)