in Praise of my Mentors 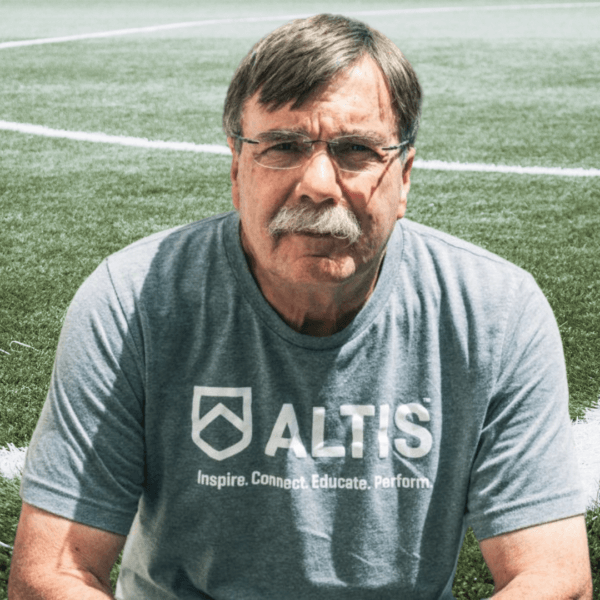 When I was a young coach, I was desperate for advice and mentoring, but it was very uncommon back then (late 60s-early 70s), so the only way to get any sort of help was to volunteer at a school and pray that one of the coaches took you under his wing.

I grew up with a father in the construction business, so I knew that trades unions had designed apprenticeships, and so I always questioned why sport didn’t have a similar paradigm.

I was lucky in that the head football coach, head track & field coach, and head wrestling coach were willing to serve in such roles for me, and I am forever grateful to them, but it was a “catch as catch can” process, and had lots of gaps. Time allotment, and my fear of ‘getting in the way’ limited the journey back then.

As is the case with many others, the most meaningful conversations and discussions occurred in the dressing room post-practice and on bus rides to competitions.

Because of the difficulty in finding mentorship and systematic growth, I made a promise to myself that if I was ever in position to share, lead, or mentor, it would be automatic for me.

I still live with that oath, and today I actively mentor dozens of coaches working in many different sports, from all around the world.  This has been my passion for a couple of decades now, and it led me to a little project called the World Athletics Center (WAC), back in 2012.

Our goal at what is now called ALTIS (we changed the name from WAC to ALTIS in 2015), is to positively affect the lives of as many coaches as possible – and it is with this spirit, I write this.

When I was younger, I knew I had glaring gaps in my coaching – I lacked skills, and hated the fact I was so unprepared to lead and coach effectively. I guess this is the first step in our educational journeys – understanding how little you know (ironically, it might also be the last step!).

I was lucky – I had some great mentors as a High School Coach, and then later as a University Coach.

Bob Sheehan, Ken Carpenter, and Charles Painter taught me the essentials as they knew them – how to teach, how to debrief, how to manage numbers, how to adjust, and how to care.

In an era of military-like coaching, with fear, anger, intimidation, and top-down rules these guys were way ahead of their time in what I call ‘humanistic coaching’.

They were all of the hippie era.

Once I got to the University of Houston, Coach Tom Tellez taught me the power of biomechanics, and having a technical model for all events.

He was a master at detecting errors and correcting them. His coaching eye was mind-blowing. I would spend hours reviewing video to see what he was seeing in real time.

He also gave me a book, The Mechanics of Athletics by Geoffrey Dyson, and started asking me questions about my readings on a regular basis.  This forced me to become an applied biomechanist, and it has served as a reference manual for over 50 years now – one which I return to yearly.

He gave me the opportunity to witness best practices in real-time, real-world settings, while also being active in the process.

I had done tons of research and reading on various topics, and was swimming with ideas and options — he made it way more streamlined for me.

His programming was basic and direct, with no confusion on menu items, intent and purpose. He worked tirelessly, and was very strict with accountability to movement.

His programming gave me a starting point to explore. I knew his plans worked, and worked with diverse abilities – and that he had scientific rationales for anything he implemented.

I didn’t know it at the time, but Coach T would always ask me what I saw, and how I would address the issue with a particular athlete in a session — it was a challenging learning environment, and forced me to up-skill quickly, as you never wanted to be caught out on the chance to input.

Victor Lopez opened my eyes to the ‘art of coaching’, and to a wide library of training theory utilized in the Caribbean and Italy. He was a musician on the side, so the influence of music education and mastery had a massive effect on how I looked at skill and skill refinement.

We collaborated on tons of research projects and experiments.

We shared books, papers and notes endlessly, and spent hours debating the worth and purpose of these collections.

Victor was a peer mentor of sorts.  A very under-appreciated educational process!

Finally, Bjorn Bloomberg was a Swedish throws coach who had studied in the DDR, Russia and Estonia. He had close friends in the Czech Republic, so he opened the door to programming used there – along with a pedagogical approach to sport that was not well-known in the States.

Although known as a throws expert, he was very skilled in working with combined event athletes – and not just with the throws side of programming, he could do it all.

I appreciate these gentlemen so much.

I wouldn’t be the Coach I am without them!

The ALTIS Mentorship Pathway is a three-phase journey, where you are guided through the key phases of a coaching career.

We released Phase I earlier this year.

It is a self-paced digital program through which you’ll learn core skills and tools taught by ALTIS coaches with decades of experience, and understand how to focus time and effort to see breakthrough and growth in your career.

Phase II is set to launch next month.

Through this 9-week digital mentorship, you’ll develop the personal attributes employers look for that are not covered in your degrees and certifications.

Content is focused around three core learning blocks, which provide valuable insights on how to transition to higher levels in your career: learning and thinking; moving & Interacting; and planning and operating.

Finally, Phase III is an immersive 9-month digital mentorship program with me.  We are currently in the 3rd cohort of this Program, where we work on things like how to curate and synthesize information for decision-making and problem solving, and finding out how to evaluate opportunities for more growth.

Interested in being a better practitioner?  Being more confident in your work, and squeezing every ounce of potential from the athletes and teams you work with?