Does How You Move Even Really Matter? 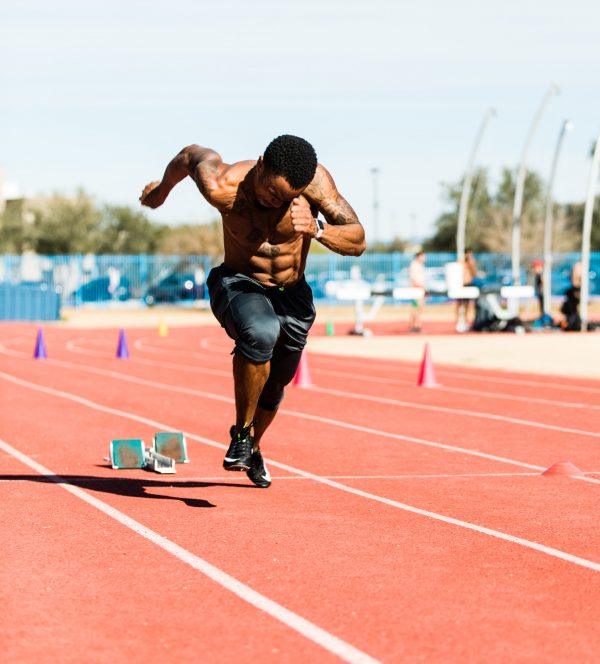 Do you think that you can tell how efficient an athlete is by watching them perform?

If you ask most people, Paula Radcliffe had a pretty inefficient running style. Yet she has ran the fastest time of any female in history, in one of the most competitive events – the marathon. In each of her 20,000 plus steps, Radcliffe nodded her head up and down and from side to side, her shoulders glued to her ears, and had a pronounced grimace on her face.

Do you think that if she had improved her technique she could have ran faster?

How about Jim Furyk?

Furyk holds the record for lowest round on the PGA Tour, has 17 Tour wins to his credit (including the 2003 US Open), and ranked in the top ten in the world for 16 straight years.

But his swing is super-funky!

Would you change it?
Assuming he could adjust his swing to a more ‘efficient’ one, would he have had even greater success?

Two-time World Series winner and four-time MLB All-Star Hunter Spence‘s swing has been described as looking like a “marionette that someone ran an electric charge through”. After a disastrous 2018 season, Spence went about making some adjustments to his swing, and while it is still unique, it has led to a great comeback season – making the All-Star team this year for the first time in five years.

What would you have done if you were Spence?
Mess with a swing that had got you two World Series wins?
And then, once you do decide to tweak it, rather than chasing some ‘perfect’ model, you keep it just as strange as it was?

More generally, what is it about how these athletes perform their sports that makes them good, seemingly in spite of their mechanics?

Is it ‘efficiency’? i.e. have they found a ‘more efficient’ way to solve the motor task they are presented with?

As an industry, however, we tend to focus primarily on load / capacity. And while we cannot ever totally separate these from efficiency, I will continue to argue that we obsess over one at the expense of the other, to the detriment of the health and performance of the athletes we work with. At the elite level of sport, where load adaptations have generally reached a point of diminishing returns – efficiency is relatively more important than we give credit to.

Load and capacity are relatively easy to identify, measure, monitor, and control. Efficiency is none of these things. In fact, ask 100 coaches what efficiency means to them, and you will no doubt get 100 different answers.

So perhaps we start there; an agreement on terminology.

First, as it relates to efficiency:

Mechanical efficiency is a well defined physiological term, and differs from ‘movement efficiency’ which doesn’t really mean anything at all – or means something different to everyone using it. Words matter, and as an industry, we need to take better care that we are using the correct terms in the correct way.

Interested in weekly deep dives into topics like this from ALTIS CEO & Sprint Coach, Stuart McMillan? Sign up for the ALTIS Newsletter for this and more.

By the way — early-bird pricing for our South Lake Tahoe High Performance Conference in September ends at the end of this week. This is going to be an awesome event – including presentations and hosted Q&As with 10 of the world’s leading sport performance practitioners, including Dr. Matt Jordan, Dr. Duncan French, and Dr. Fergus Connolly. Join us!