Coach Pfaff on coaching at the Games 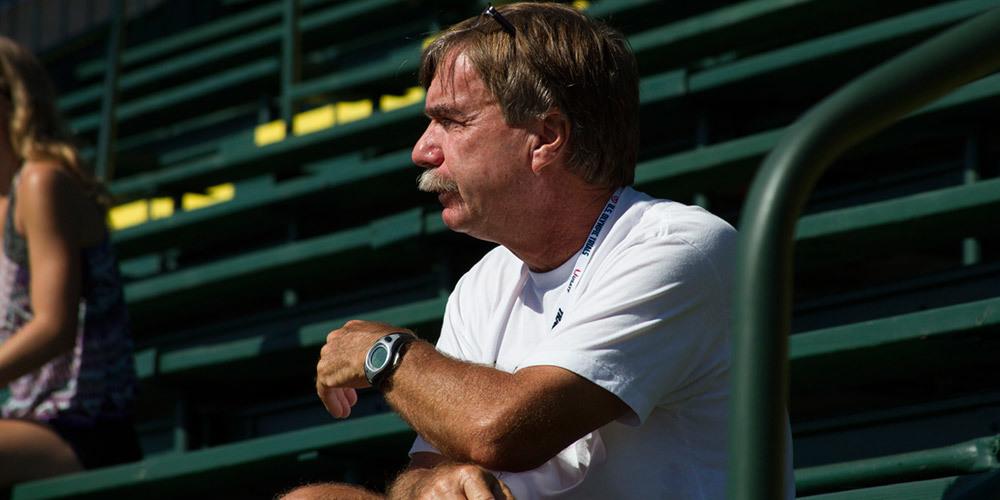 The second of our post-Rio series features Coach Pfaff. In this quick-fire Q&A, Dan reviews some of the challenges faced at the 2016 Olympic Games, and shares his solutions.

Dan – thanks for joining us. How many athletes were you coaching in Rio?

I was directly responsible for 4 athletes: Greg Rutherford, Fabrice Lapierre, Christabel Nettey, and Yosiri Urrutia. I also consulted with 3 others in a fairly direct manner.

How did Rio compare to other Games you have coached at?

Rio was a unique challenge with logistics, sub-standard operations, empty stadiums and of course the scandals that were non-stop daily. Mental resiliency was critical for staff, families and coaches.

What’s the total number of Olympic Games you have now Coached at?

And how many athletes were you responsible for?

If records are accurate, 53 individuals.

How many medals did these athletes win in total?

10, I would like to pause here and note that numerous support staff members, network members, federations and mentors were key factors in these achievements. It is never just down to the coach and athlete. I think it is darn near impossible to gain Olympic podiums operating in isolation.

What are the key stressors one generally encounters in the lead up to an Olympic Games?

The biggest stressors were coordinating therapy sessions/practitioners, dealing with federation politics, coordinating practice times and locations and ensuring mental/emotional health. Technical polishing was a given and went well.

How do you manage these stressors?

One takes it a day at a time and with deep breaths. Experience helps a lot. It was my 10th Games as a coach so had seen many of the landmines before and we had great contingency planning beforehand.

What is the worst case of anxiety you’ve worked with in the lead up to a Games?

Anxiety is very individual and personal. Some athletes thrive on it, others become paralyzed. The worst cases are those that come out of the blue with very few days or weeks left, and with little access to expertise in dealing with the unique puzzle at hand.

How do you manage athlete anxiety when on the ground in the final few days?

Normally we have all members of the support staff, family, spouses, etc on board with planning, communication and SOS systems for emergencies. The coach has to be the gate keeper at this stage on all items. Unified fronts are very important. Isolation will often blow up in your face.

On the day of the meet, what are the main stressors, both for coach and athlete?

In my mind, an Olympic Games should just be another major track meeting if coaching has done its job on all fronts. The hype of the games comes from outside stressors, institutions and individuals. Being prepared for those intrusions is critical, and must be done years, months and weeks in advance. Fire fighting with two weeks to go is never a good idea.

“In my mind, an Olympic Games should just be another major track meeting if coaching has done its job on all fronts”

Can anyone truly be prepared for these in a major Games environment?

There are always unexpected factors; but if the mental resilience skills of athlete, coach and staff are sound, yes, one can be very prepared to battle.

What are the traits of those who tend to excel in a pressure situation, versus those who crumble – both from an athlete and coach perspective?

The quality of preparations on many fronts, mental skills, belief in the process and previous competitive records are KPIs for excelling under pressure.

In terms of cueing / in competition coaching at the Games, how would you describe what you do / say?

Minimal, direct and with confidence that the KPI in question is truly the key to positive outcome.

Post-competition, what is your protocol for debrief?

We try to do a brief overview immediately after competing to gain information for a deeper, more detailed debrief to follow some days later. We do a series of debriefs after majors that lead to a very detailed and soul searching year debrief once the season ends.

I find it unproductive to do formal or deep debriefs immediately after the competition, as emotions are often way too hot by both parties. Often the post meet debrief does not happen due to drug testing, media duties, etc, so in that case it is late afternoon the next day if possible.

Dan – thanks for your time. Some fascinating insights as always!