When a reply to a recent email simply read “BANDWAGON JUMPER!” (yes – in all caps), I wasn’t surprised – but, as someone who values complexity and nuance – I was disappointed.

In the last couple of weeks, we have received a ton of positive feedback on our latest efforts to support women and minority coaches.

In addition, we have received a small number of messages accusing us of bandwagon-jumping and virtue signaling.

I enjoy being critiqued — as long as it is constructive, and comes from a place of honest engagement.

Constructive criticism is how we learn, and how we progress.  Our ideas should be continually criticized, and either survive that criticism, or be improved.

Criticism without any attempt to understand is meaningless, however — but it seems that this is what many prefer these days.  Regardless of where people stand on an issue, most folks seem more interested in slinging mud from the sidelines; where honest conversation is replaced by slogans, and critical thinking is replaced by groupthink.

We see it in ‘debates’ about training methodology all the time — where simplified ideologies are preferred to complex-pluralist approaches.  I get it — simple is less-costly: it replaces the need for us to do the work required to figure out something by ourselves.

But that’s not where the truth lies.

The search for truth is messy. 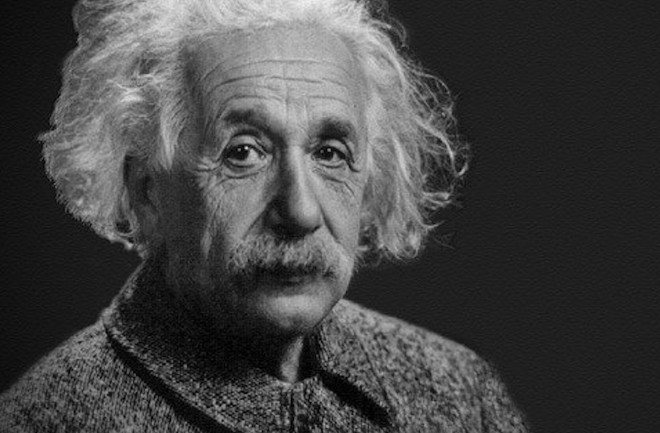 One way or another, you likely have a strong opinion on this statement.

It’s just as likely you don’t really know what you’re talking about – and you are forming your opinion not from profound knowledge of this complex issue, but on some emotional feeling – seduced by groupthink.

As a rule, strong feelings about issues do not emerge from deep understanding.  This is known as the ‘illusion of explanatory depth’, and we see it just about everywhere.

People believe they know far more than they actually do.

You can test this on yourself right now — write down a step-by-step explanation of why you feel the way you feel about your opinion on transgender MTF athletes competing against biological females (or any other hot-button topic you have a strong opinion about).

Chances are, this is going to be a fairly short explanation – regardless of where you stand.  It’s simply too complex – it’s an issue that very few people have the expertise to understand deeply.

It’s also a controversial issue, and so you can appreciate why many don’t want to engage with it.  But this is exactly why it has to be engaged with.

Rather than taking the time to study something, or to admit to the complexity of something, we prefer to ‘pick a side’.  Now – picking a side, in and of itself, is just fine.  We can’t be expected to know everything about everything, and so we ‘outsource our thinking’ to others.

But what if our ‘others’ also don’t know much about the issue?

So if the idea of transgender MTF athletes competing against biological females challenges us, we don’t engage deeply with it.

So what’s all this got to do with virtue signaling, you ask?

We’ve done this for 1000s of years; only now, we can do it more publicly, with the aid of social media.

For example, every year on the third Monday of January, 100s of 1000s of folks post a Martin Luther King, Jr. picture on their social media page, hashtag #MLKDay, and an inspirational quote of his in honor of his birthday.

Heck – I’ve done it myself.

But why do we do it?

By sharing our support of an important historical figure, we show others that we are good people – we are virtuous; in this case, showing our commitment to fight racial injustice.

Well – maybe.  But maybe it’s not that simple, and it is this that lies at the heart of the critiques of virtue signaling.

This simple type of signaling is what economists call ‘cheap talk’ – signals that are quick and easy to inflate: bumper stickers, political slogans, yard signs, and social media posts, for example.

We post a black square on our Instagram page to signal to our peers that we are a part of ‘the solution’.  We change our profile picture to a rainbow flag for a month.  We post a list of ‘anti-racist’ books on our Facebook feed.

And then we move on to whatever the newer, sexier outrage is.

While we may feel we like we are championing change, by itself this may be empty, self-righteous, performative posturing — at least to critics of virtue signaling.

Rather than promoting honest conversation, is it possible this type of virtue signaling is serving to support a system that rewards watered down ideologies?

‘Social Justice’ reduced to a battle of who can perform their wokeness the best.

This is the critique of ‘virtue signaling’: that the folks signaling their virtue are only doing so to appease the majority opinion on the hot-button topic of the day – that they are, in fact, immoral, as described by Justin Tosi and Brandon Warmke in one of the only full treatments on virtue signaling in the academic literature – Moral Grandstanding (the authors’ preferred term for virtue signaling):

“Public moral discourse involves talking about serious and important issues: the evaluation of conditions that greatly affect the well-being of millions of people, the leveling of accusations that could ruin lives, the consideration of a policy that could save or ruin a state and its subjects, and so on. These are matters that generally call for other-directed concern, and yet grandstanders find a way to make discussion at least partly about themselves.

In using public moral discourse to promote an image of themselves to others, grandstanders turn their contributions to moral discourse into a vanity project. Consider the incongruity between, say, the moral gravity of a world-historic injustice, on the one hand, and a group of acquaintances competing for the position of being most morally offended by it, on the other.”

In his response to Tosi and Warmke, Neil Levy writes that “while some virtue signallers might be hypocritical, the majority probably are not. So on the whole, virtue signalling has its place in moral discourse, and we shouldn’t be so ready to denigrate it.”

Even seemingly simple acts, such as one-off social media posts, can lead to significant costs – for example, disagreement and isolation from family and friends who don’t see likewise.

As it relates specifically to this type of social media ‘signaling’, ALTIS President Kevin Tyler writes “freedom and equality flow from an environment where open expression is encouraged and accepted — an environment where people understand that everyone has differing capacities to understand and act in support of any given issue. There is a role for all to play, however small.  So if posting a black square within the context of 4 billion black squares creates an environment where more people are willing to have a meaningful conversation, then it has served a purpose.”

“Actions defined a man; words were a fart in the wind.”

‘Cheap talk’ isn’t the only type of virtue signaling.

For those who have a specific interest in an issue, they may choose to engage more significantly – seeking out effective solutions to complex problems.

This second type of virtue signaling is ‘more costly’ — it requires time, effort, and energy.  It is generally a reliable indicator of a person’s values: volunteering for months on end, making consistent donations to a cause, or fund-raising on behalf of a Foundation are examples of these more sincere virtue signals – where people genuinely care about the cause.

“Virtue signaling is the best foundation for human morality towards strangers that we could reasonably expect from a process as blind and heartless as genetic evolution.

Yet, virtue signaling can also be the worst of human instincts. It drives most of partisan politics, especially on social media. It drives the demands to censor, fire, cancel, and ostracize people who express the wrong opinions. It drives moral panics about satanic ritual abuse, ‘rape culture,’ and ‘porn addiction.’ It drives white nationalists to run over protesters. It drives antifa to beat up journalists. It drives social justice warriors to take over media, academia, and corporate life, and to impose their ideology of ‘diversity, equity, and inclusion’ on everyone through enforced conformity of thought, inequity in hiring and promotions, and exclusion of heterodox thinkers from any positions of power or influence.”

There is a potential minefield here; engaging in complex and-or controversial issues is challenging.  It requires that we learn as much about the issue as possible — including evidence showing that something we might be advocating might actually be wrong. 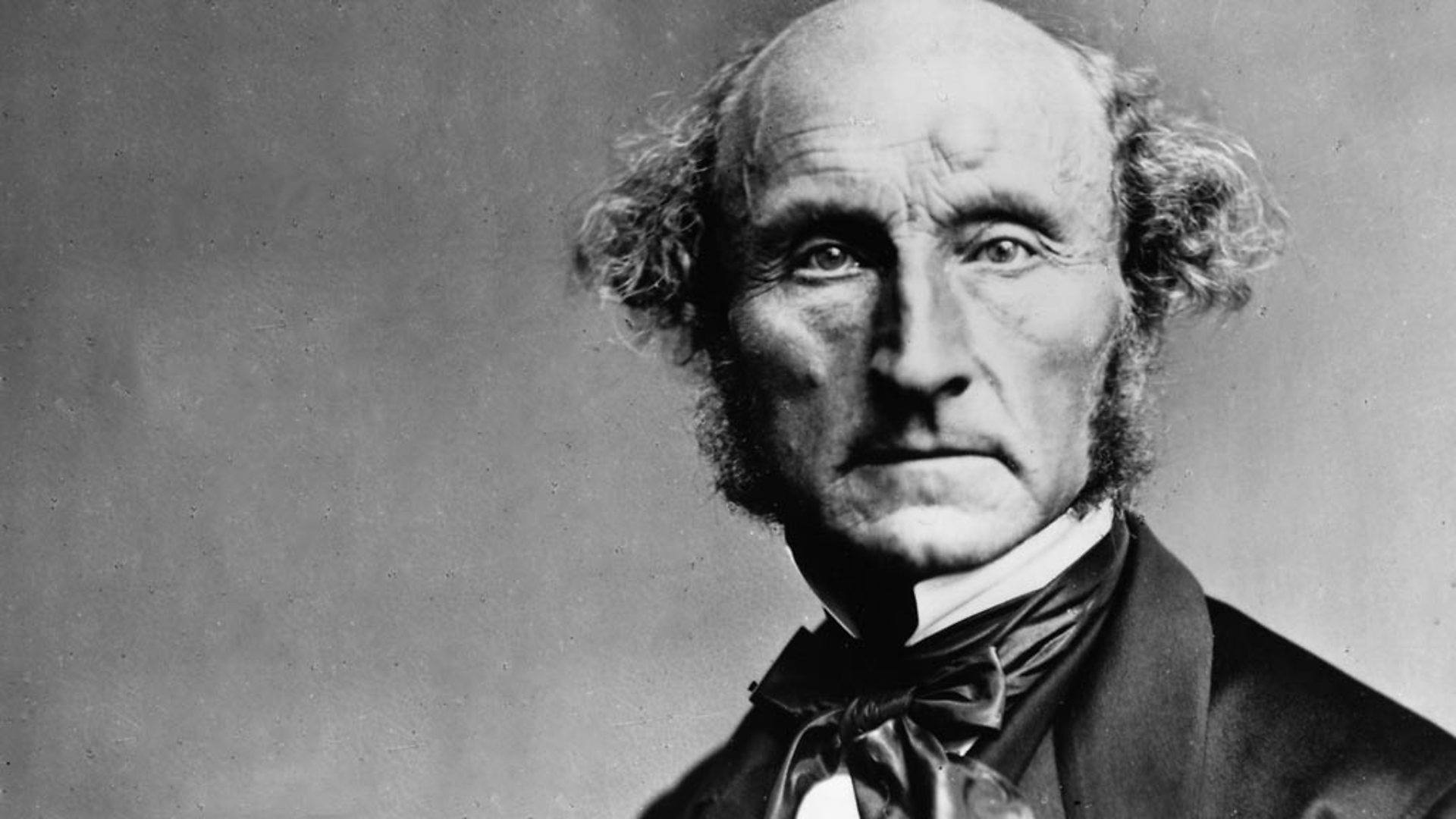 “He who knows only his own side of the case knows little of that.” – John Stuart Mill

“The sport system is inherently, and systemically, racist and sexist – so we have to regulate the system so that it provides greater opportunities for minorities and women.”

What do you think?

But by regulating the system to provide greater opportunity for minorities and women aren’t we applying an isolationist solution to a complex problem?

To understand a problem, we need to know more about why it is a problem in the first place.  As I mentioned earlier – we need to look at it from all sides, so we need to ask:

“Why is there an under-representation of minorities and women in sports coaching?”

‘Systemic’ inequalities are part of it.  But is it all of it?

And if it is not all of it, how do we go about addressing why else it could be without fear of being called out for being sexist or racist?

The under-representation of minorities and women working in sport is not society’s most-pressing problem.

But it is still a problem that requires open and honest conversation.

Attempts to engage in honest conversation, and put forth measures to actually do something about a problem, shouldn’t be met with cries of ‘virtue signaling’.

“We might not be able to resolve everything we face, but nothing that we refuse to face can ever be resolved!”

Here’s the thing — ‘virtue signalling’ is no bad thing.

Affirming our values publicly is how values propagate through a society. How else is it supposed to happen?

But to be accused of ‘virtue signaling’ in 2021 is generally seen as insulting: accusations of bandwagon-jumping, hypocrisy, and-or grandstanding – backing an idea only to signal to others that we are a trustworthy member of the in-group.

Acting out of bad faith because we have an ulterior motive.

I get it.  This happens.

And I’ll admit — when I watch the latest Nike ad, made in haste to show their support for female athletes, for example, my gut reaction is one of cynicism – as their actions haven’t always matched their words.  Nike clearly has an ulterior motive to these ads, right?

Maybe not — the line between ulterior motive and learning from past mistakes is a blurry one.

We have to leave room for repentance, don’t we?

Who’s to say that the folks at Nike haven’t realized the error in their past ways, and are authentic in their motivation to a commitment to improving the representation of female and minority employees in its workforce?

When virtue signaling is combined with curiosity, open-mindedness, and the will to action, then great things can happen.

This is how we parse between good and bad faith: do the actions of the individuals and the companies that ‘signal their virtues’ match their words?

And so this is how I hope we can treat each other.

I don’t know what the folks at Nike are thinking when they produce their latest ad campaign.  And so, I’ll watch, and pay attention to their actions.

I’ll give them the benefit of the doubt.

Because that’s a much better way to live than slinging mud from the sidelines.