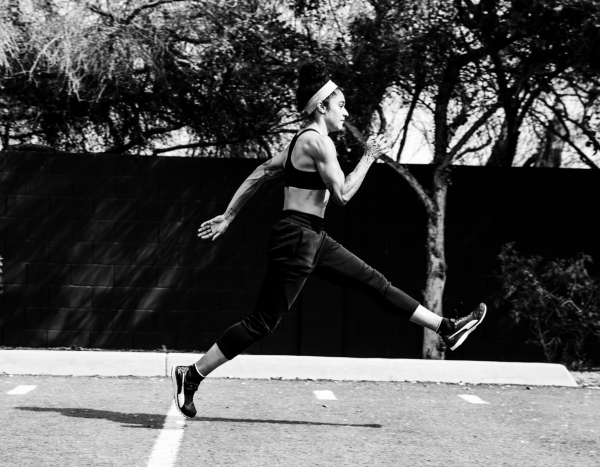 In the sports performance industry we’ve become infatuated with technology. While there’s no doubt that technology can be a valuable resource, any tool is only as useful as its application.

It was nearly a decade ago when we saw a large upswing in the use of technology in sport. At that time, it was all about getting the next new toy with the thought that this piece of equipment would ‘solve’ all of our current issues. Several years later, we recognized this was a mistake and we began to place importance on deciding what metrics we should track before purchasing a technology.

While this was a logical and important step, we seem to still be stuck asking: What are you monitoring? How are you managing your data? And, what technologies are you using?

With the Living Lab, we would now like to progress this line of thought even further by asking: What are the most important problems that you are trying to address in your environment? And, how did you determine that this was the root problem?

We need to shift the focus to first accurately identifying the problem. From there, we can decide what information could be helpful in managing this problem and, finally, what available technology might be able to to provide us with this information.

Following this framework will improve the impact of sport science in real-world training environments. Below is a practical example of one such issue that we feel should be approached from a different angle; one that we intend to dive into through our research here at ALTIS.

There are many problems one could identify within the world of athletic performance; few of which have garnered more attention in the literature than hamstring strains.

This is no surprise, as hamstring strains are the most common acute muscular injury in all of sport (Mendiguchia, 2012, Jones, 2018). However, as much as science has uncovered surrounding this issue, there is still a gap regarding its effective application: It could be argued that we have yet to accurately identify the problem.

A scientific approach has allowed us to deconstruct this matter into several elements, the result of this has been the identification of two questions in particular:

The vast majority of the research surrounding this topic could be grouped under the umbrella of these two issues.

What the literature tells us

Large sample size prospective studies reveal that one of the major risk factors for hamstring strains is previous hamstring injury (Arnason 2004, Gabbe, 2006, Hägglund, 2006), so much so that this can double an athlete’s risk for future injury (Engebretsen, 2010). In fact, this is the only risk factor, besides age, that can be consistently identified (Prior, 2009).

These results alone shed light on a key commonality between most, if not all, problems in sport: they are multifaceted and complex. Knowing this, it’s no surprise that we have yet to identify a model to help us predict the occurrence of hamstring injury (Ruddy, 2018).

The search for solutions to this problem has led us down a rabbit hole filled with many more questions, i.e. what is it about previous injury that increases risk for subsequent injury? And, what can be done in the rehabilitation process to reduce the risk of recurrence?

Several groups of researchers have added to our knowledge base in these areas.

Through their work, we’ve learned how scar tissue, muscle weakness and atrophy, reduced flexibility, and neural inhibition all contribute to the maladaptation following injury and may contribute to future injury (Fyfe, 2013, Opar 2012). Other research has detailed the process of muscle regeneration after injury (Jarvinen, 2005) and how rehabilitation can be tailored to optimize return-to-play (Heiderscheit 2010, Mendiguchia, 2010, Mendiguchia, 2017).

We have also accumulated evidence showing us that the active lengthening of the hamstring in terminal swing and early stance during sprinting is the most common mechanism of injury (Heiderscheit, 2005, Schache, 2009). With this data in mind, strength training methods have been evaluated relating to their ability to impact increased fascicle length and eccentric strength in order to reduce the likelihood of injury.

Nordic hamstring curls have become a popular exercise due to their positive effect on eccentric strength and muscle fascicle length (Timmins, 2015, Guex, 2016, Pollard, 2019). A number of studies have reported the use of eccentric training through Nordic hamstring curls or similar exercises to be effective in reducing the rate of hamstring injuries (Bourne 2018, Arnason, 2008). However, this finding has not been unanimous throughout all studies (Gabbe, 2006).

Bosch and Van Hooren have argued that the hamstring should be developed isometrically to match what they have hypothesized as the type of contraction present during terminal swing in sprinting (Van Hooren, Bosch, 2016, 2017(1), 2017(2), 2018). These authors propose that the stretch of the series elastic element has been underestimated, and thus the lengthening of the contractile element has been overestimated. Methods to prove this is the case remain unsatisfactory and others have criticized this hypothesis as “well-reasoned speculation.” (Shield, 2018).

Whether or not the solution lies in the specificity of the type of muscular contraction is secondary to the fact that we continue to look at this matter in a relatively narrow view. In the words of Dr. Walter Herzog, “…maybe we have it all wrong anyway. Maybe hamstring injuries have nothing to do with eccentric loading and the mechanics in sprint running. Maybe hamstring injuries occur because of a ‘loss’ of motor control, a ‘lack’ of focus when sprinting” (Herzog, 2017). In other words, we have to begin thinking differently in order to emerge from our rabbit holes and see this issue in a new light.

In 2012, Mendiguchia and colleagues provided a critical editorial of this approach stating:

“Research has traditionally assumed a reductionistic view where a linear and unidirectional causal-effect model was systematically followed in many topics. This reductionist model is clearly influenced by the Western understanding of any phenomenon and conceives any system as the sum of its parts .”

The response and proposed solution to this problem is a more complex, multifaceted approach.

“One must try to consider a less reductionistic model in which the whole body is involved, assuming that parts are not homogeneous and that intimate relationships are present in a non-random fashion.  This new conceptual model would assume an interconnected, multidirectional and synergic interaction between all parts.”

This new conceptual model was proposed in 2012 as a possible solution to the increasing rate of hamstring strains over the previous several decades (Ekstrand 2011, Ekstrand, 2016, Roe, 2018, Jones, 2019).

Dr. Jean-Benoit Morin refers to this as the increased knowledge paradox and suggests that a problem of this nature is not resolved because:

In other words, we continue to search for what we think are the key points – and in doing this, we have accumulated a great deal of information. But there’s a possibility that we have not been applying our efforts toward the root problem, or that there’s a translational gap between the knowledge we have obtained and how it is applied in practice … or both!

Plato’s dialog between Meno and Socrates describes this predicament well. In Meno’s Paradox (sometimes referred to as the Learner’s Paradox), Socrates states that:

Discovering solutions to problems in complex systems is not a simple process. It is possible that we have over-simplified our search for a solution to the hamstring problem and, in so doing, have yet to fully understand the complexity of the interactions between the variables that Mendiguchia and colleagues have illustrated.

Instead of redefining the problem, we have continued to search for ‘the’ solution that makes the most sense from our perspective.

Likewise, our biases and various perspectives can be of value – but only when we agree on the problem. In regards to hamstring strains, we must identify the disconnect between the foundational science and the more global problem of application. We are sitting on a mountain of great research in the area of hamstring function and injury, yet we are seeing no improvement in hamstring injury rates. In some cases, we are actually seeing increases in the incidence of hamstring strains!

Clearly, this is not a problem of having enough information. The issue is in having the key information and applying it in an optimal way. We need to first define the foundational problem and then work backwards to find appropriate solutions.

Kellis, E. (2018). Intra- and inter-muscular variations in hamstring architecture and mechanics and their implications for injury: a narrative review. Sports Med, 48(10), 2271-2283.

Shield, A., & Murphy, S. (2018). Preventing hamstring injuries – part 1: is there really an eccentric action of the hamstrings in high speed running and does it matter? Sport Performance and Science Reports, 1.

Van Hooren, B., & Bosch, F. (2018). Preventing hamstring injuries – part 2: there is possibly an isometric action of the hamstrings in high-speed running and it does matter. Sport Peformance and Science Reports, 1.

Back to Living Lab