The road to Glasgow – an interview with Emily Dudgeon 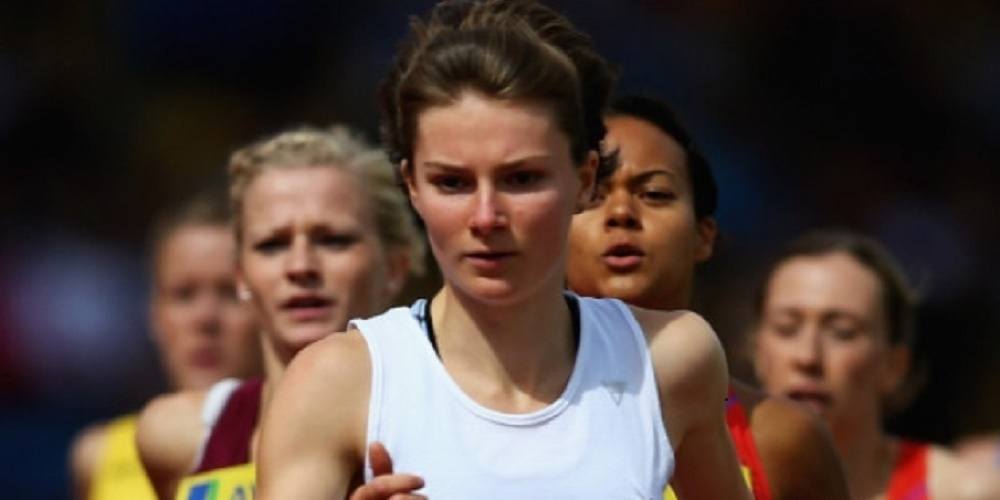 Emily Dudgeon is a third year undergraduate reading Medicine at Clare College, Cambridge. Originally from Edinburgh she has already been recognized as one of Britain’s hopeful 800m athletes for the 2016 Olympic Games.

Coached by Stuart Hogg since 2011, Emily achieved a 6th place finish in the 800m at the World Junior Championships in 2012, as well as finishing 4th in the British Olympic Trials in the same year. With a PB of 2.02, 32, the 21 year old now has her sights set on competing in front of a home crowd at the Commonwealth Games in Glasgow this summer.

Following her recent training camp at Altis, we took the opportunity to talk to this bright young spark, and find out more about how she juggles her blossoming athletics career with a degree reading Medicine at one of the premier Universities in the world.

The atmosphere is great – everyone is getting really excited about the Games. There is a real sense of support staff coming together to make sure as many athletes as possible qualify, and once they do, to make sure they perform as well as they can. I think the other thing that is really nice is that a lot of the people who have already qualified, and the others like me who are trying to qualify, have really all grown up together in the sport. There are a lot of us who spent several years on teams together through age group competitions and everyone wants to be there with each other.

As a home country athlete have you noticed any different expectations from the public in terms of the lead up to the Games?

No I don’t think so. What is nice is that more of the people I know outside of athletics are more interested in it because it is happening right on their doorstep. I think even if there was, the only pressure I would really feel is that which I put on myself!

You must lead quite a hectic life – how do you manage to integrate studying for Medicine at Cambridge with your training?

Whilst I’m at home my Mum helps me enormously with juggling training and studying. Little things like cooking for me so that I can work until my food is ready instead of having to stop early to prepare it, or driving me to training which means I can do some work in the car, make a really big difference.

Generally I try to be pretty relaxed about my work and just do what I can around training which I put as my top priority. The reason for that is that I just get one chance at running but feel that I have the rest of my life to do Medicine.

When I’m at University – I have to plan things very carefully. It does mean that I have to try not to be tempted when people make ad hoc plans but I’m usually pretty good at that. Also the friends I have lived with for the last 3 years are amazing and will often put some food on to cook as I leave training and things like that. My friends and boyfriend all help to keep me sane and stop me from getting too caught up in running / Medicine which is fantastic – I am very lucky!!

“My first impression of Altis was how friendly everybody was. It didn’t seem to matter if you are a World Record holder or an aspiring junior, everyone was treated as part the group.”

So moving onto your training camp here at Altis. Tell us about your impressions – what did you think?

My first impression of Altis was how friendly everybody was. It didn’t seem to matter if you are a World Record holder or an aspiring junior, everyone was treated as part the group. I also really enjoyed watching the coaches at work. My coach is originally a sprints coach but it has been a really good thing for me. I think that different disciplines are often pigeon holed as completely separate events but there are principles that can be applied across and between events.

What was your biggest take home from your time at Altis?

It was fantastic to have access to on site therapy. As I discussed with Dan, the idea of “prevention is better than cure” is certainly not a new one but is often overlooked. It is something that my coach and I take seriously and we try to do as much as we can in the way of injury prevention. I think my biggest take home from being at Altis is to look after my fascia! It was great to chat about fascia to everyone at Altis because I was really fascinated by it in first year when I did dissection.

“I have been told loads of times that what I am doing isn’t possible. But I love Medicine and I love Athletics and I love the balance of doing them both.”

Lastly – for those athletes looking to combine high level study with a Track & Field career – what would be your advice?

You can’t be the best at everything, and trying to be will only make you stressed. I think prioritizing either studying/sport makes it easier to make decisions when the two conflict – for example, I am going to Portugal a few days before my exams which everyone else at Cambridge thinks is crazy – but that’s how my life works; and if you are confident in what it is you want to achieve then it stops you from worrying about anything else. I have been told loads of times that what I am doing isn’t possible. But I love Medicine and I love Athletics and I love the balance of doing them both.

Emily is on Twitter – give her a follow to keep track of her preparations for the Commonwealth Games.