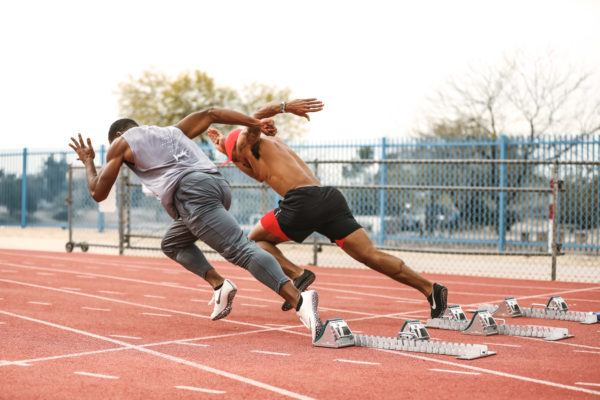 The following is an excerpt from the Need for Speed digital course.

When you watch an athlete move, where do your eyes go?

What are you looking for? Do you have a consistent pattern of analysis?

The feet, the hips, the shoulders? What are you most comfortable watching?

More than the simple, intuitive speculation of an experienced practitioner, the observational skills of a master analyzer are often what separates many of the best from the rest. We all have the same access to objective data, but it is the recognition and application of the subjective senses that determines the ultimate success of a coach.

If you ask Coach Pfaff how he has developed his ‘coach’s eye’, he will answer that it is his ability to recognize and interpret ‘patterns of movement’; the enrichment of the following five key performance indicators (KPIs):

If you ask ALTIS CEO and Coach Stuart McMillan, he would tell you that he sees ‘shapes’:

“Maybe as a slightly younger Coach (at least relative to Dan), my eye has not developed to the level of Coach Dan’s yet, and rather than seeing movement in motion, I see ‘frames’ — it is what drew me to the kinograms so much.  I still coach through kinograms a ton in fact!”

Or perhaps no single method is hierarchical to the other – they are simply two methods of observation that have worked well for both coaches.

No matter how you observe movement, we feel that the fundamentals can be described through the following components:

We often discuss the idea that an athlete needs to “know the rules before they break the rules”. When we refer to ‘the rules’, we are discussing the non-negotiable, stable shapes an athlete creates during movement – those positions that form the foundation of effective movement.

Let’s consider, for example, a back squat.

Can you identify five important components of these shapes – the non-negotiable ‘rules’?

We guess you probably can.  And we would also guess that all of your peers would most-likely agree with at least four of them.

Why are these shapes such important components of back squatting?

Most-likely because they have been shown to be of great importance to the health and performance of athletes who engage in back squatting – i.e. they form ‘the rules’ of good back squatting.

Of course, there is room for some variance in these shapes – both from repetition to repetition, and from athlete to athlete – what we call a ‘bandwidth of variability’ – but get too far outside of this bandwidth, and we are asking for trouble.

Again – you know ‘the rules’ of good deadlifting.

The rules are dictated – first and foremost – by the quality of the shapes: “the stable states an athlete occupies during the course of a movement”.

How we move between these shapes is more variable – more idiosyncratic – and perhaps less open to interpretation and control. These are the ‘patterns’ of our movement –  “how we connect our shapes – moving between stable states.”

The speed at which we move between these shapes is the most-variable, and perhaps the most-difficult to interpret and control. These are our rhythms – “regulated recurrences in time of a temporal pattern within a movement”.

And finally, our posture describes the intentionally held – or habitually assumed – position of the body in space. All of our shapes, patterns, and rhythms, have an underpinning posture that can be affected by a multitude of internal and external factors, including structural constraints, fatigue, coordination, and force-producing abilities.

These shapes, patterns, rhythms, and postures are quite easy to analyze in the relatively controlled environment of a weight room, and – in fact – is generally how we coach most weight room movements.

In the deadlift, for example, we may first speak to athletes about how to stand with the bar on the shoulders (the posture), the importance of a neutral spine (the shape), then how to move from the set position to the standing position (the pattern), how quickly or slowly to do this (the rhythm).

We have a pretty good idea of the differences between good postures, shapes, patterns, and rhythms, and also generally a pretty good idea of how and when to progress and regress these movements.  We can also usually understand where an error in the movement emanates from – i.e. if its genesis is in posture, shape, pattern, or rhythm.

For example, if the athlete is unable to control flexion of the spine regardless of load or tempo, then we assume this error to be one of shape, and can then strategize as to the appropriate correction.  Further, if the two ‘stable’ shapes (set and stand) of the deadlift are appropriate, but the hips tend to lead the shoulders in the lifting of the weight, regardless of load, then this is most-likely an error in pattern, and the correction comes in teaching the athlete how to more efficiently coordinate hips and shoulders together during the pull.  If the spine tends to flex upon the initial pull from the floor at higher tempos, but it does not at slower tempos, then the error most-likely stems from inappropriate rhythm, so the correction is simply to slow the athlete down!  And finally, if the athlete juts his head forward, and holds the bar with a wide grip, and rolls his shoulders forward, then we have posture errors.

All of the above is well-known, and is generally how most of us coach weight room movements: we begin by agreeing on the appropriate shapes, stabilize these under relatively low loads, then gradually add weight, velocity, and-or variability over time.

It is, however, quite different when it comes to understanding sprinting movement.  When Coach Stuart McMillan reached out to the ALTIS Community last year to identify the ‘rules’ of sprinting, the answers were – perhaps predictably – all over the place.

Take some time now to think about what you think are the ‘rules’ of good sprinting.

Could you confidently list the rules, like you could with the back squat?  Chances are you might have come up with a few of the following:

One response that came our way last year perfectly summarizes the lack of clarity in the sport performance community right now:

“I hear much reference to the sprinter’s position, but no intelligent explanation of what exactly that should look and feel like. It’s almost like the track coaching community intentionally talks in circles, protecting some great secret and evading clear instruction on how to go fast.”

This nails the issue we see in the sprinting community, and is contrary to what we know about lifting weights, where there is far less misinformation (although still occasionally challenging!).

The truth is – there really isn’t any reason why it should be this way.  The work has been done.  Scientists have been studying sprinting for decades, and there is so much great work being done right now – there really is no excuse for the confusion that permeates the profession.

But confusion there is – which leads us to ask:

Does this confusion stem from disagreement between experts about what is important, or how this information is communicated?

We tend to think it is the latter, which is one of the reasons why we put together the Need for Speed digital course. Click here to learn more!